"I am really happy to be here, because I don't have to play against them now," Lenglet said to Barca TV, via ​SPORT.

"[Lionel] Messi is the best in the world. He dominates games easily and can score at any moment from wherever he wants.

"If you have some luck, you can stop him a little bit, but then someone else catches you out." 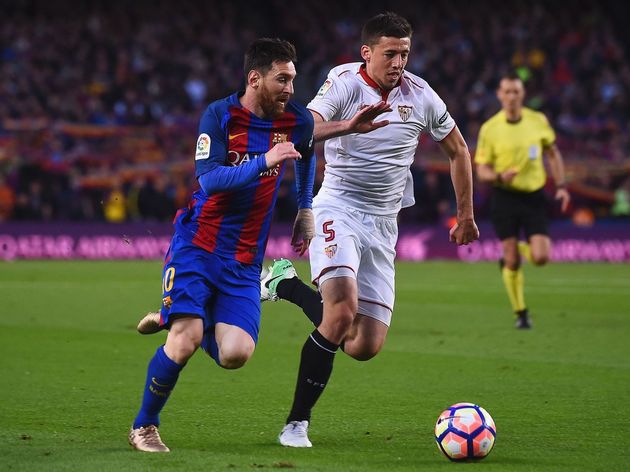 Thankfully for the Frenchman, he now has the opportunity to learn from the world-class players at Barcelona, including Messi and defender Gerard Pique.

He added: "When you play with good players, the adaption is a little bit easier and here every player is at the top level.

"Barça's philosophy is to bring the ball out from the back and it's the only club in the world that plays this way. Everyone has told me how incredible the city is, too, and that when you sign for Barça you never want to leave."

Lenglet joined Sevilla in 2017 from French club AS Nancy, making 73 appearances for

Welcome to @arthurmeloreal & @clement_lenglet two players for the present and future. More talent for Barça. We wish you the best of luck and plenty of success! pic.twitter.com/nFuSmA7M1k

​who is reportedly looking for a move away