​Real Madrid will reportedly not be splashing enormous amounts of cash on any individual player in the transfer market as the reigning European champions reportedly have no plans to resurrect the long dormant Galacticos policy, despite selling Cristiano Ronaldo to Juventus for €100m.

Real have been heavily linked with Eden Hazard, Kylian Mbappe and Neymar. But, If the latest gossip from Spain is to be believed, the Ronaldo-sized hole in the side that won four Champions Leagues in five years will be filled in ways other than throwing €200m or more at a single player. 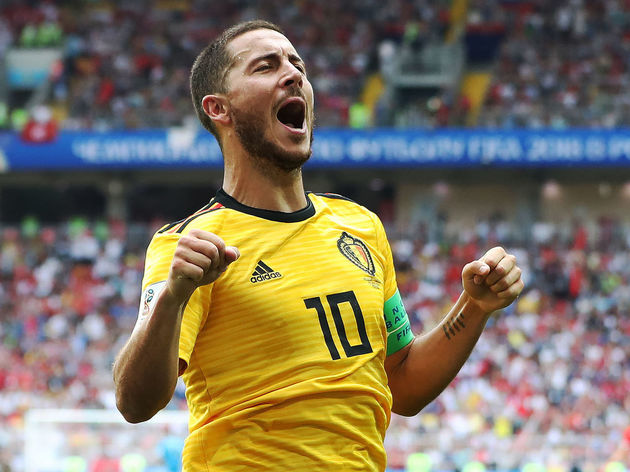 In previous years, Real have been no stranger to breaking the world transfer record under the leadership of president Florentino Perez, doing so to sign Gareth Bale (2013), Cristiano Ronaldo (2009), Zinedine Zidane (2001) and Luis Figo (2000).

But, according to Spanish outlet Libertad Digital, Los Blancos will simply not spend that much to buy just one player, meaning no deals for Hazard, Mbappe or Neymar unless the selling clubs are willing to accept much lower prices - and that seems virtually impossible.

At this point it is worth noting that, despite their ongoing representation in the transfer-hungry global media, Real have not completed what might be considered a 'Galactico' signing since spending €80m on James Rodriguez in 2014. The Colombian failed to justify that enormous price tag and since then Real have focused their attention in the transfer market on buying younger talents to develop.

At €45m apiece, Brazilian teenagers Vinicius Junior and Rodrygo Goes are the only players that Real have spent more than €30m on since the summer of 2014. Those who have arrived at the club during that time include Marco Asensio, Mateo Kovacic and Alvaro Odriozola.

A Bernabeu source even told Libertad Digital, "We decided a few years ago that the transfer policy was different and Cristiano's departure is not going to change our plans."

Certainly, while Real look to be pushing ahead with a €40m deal to sign Belgian goalkeeper Thibaut Courtois from Chelsea, any substantial progress on a possible move for Hazard has been conspicuously absent, despite the player's apparent desire for it to happen.

Chelsea are thought to want an enormous fee for Hazard and so now it all seems clearer.

It has also been recently suggested that Real pulled out of a deal for Roma goalkeeper Alisson because they refused to meet Roma's steep asking price, something that Liverpool are doing. The proposed Courtois deal will only cost them around half the amount.