Historic Italian side Bari will be playing their football in Serie D next season after failing to register for Serie B.

The 110-year-old club have been left with no choice but to restart in the amateur leagues, with Serie D being the highest.

#Bari have officially failed to register for #SerieB, so after 110 years of history they must restart in the amateur leagues. https://t.co/ov6rDuWXtZ pic.twitter.com/HjyU52S6Od

I Galletti came close to earning promotion to Italy's top tier last season, yet were beaten in the play-offs by Cittadella. And they're now set for even more disappointment after having missed the 18:00 registration deadline as a result of not possessing the wherewithal.

“This is a bad day, not only for football in Bari, but for the whole city,” mayor Antonio Decaro said via ​Gianluca Di Marzio’s website.

“It’s a day of defeat, which burns 1,000 times more than any defeat on the pitch. We tried everything possible, I perhaps even went beyond my remit as a mayor.

“I did it as a citizen and also as a fan. 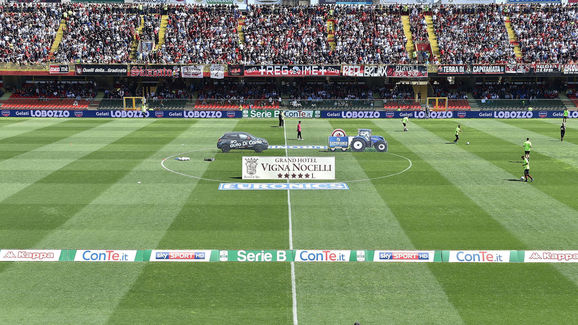 “We have to keep working with all our strength because football in Bari cannot end on this July afternoon. The city doesn’t deserve it and the fans don’t deserve it.”

Leeds United owner Andrea Radrizzani and local businessman Ferdinando Napoli had made moves to take over the club in an attempt to save it, yet a deal could not be agreed over in time.

Meanwhile, Cesena are also in danger of bankruptcy and are believed to have also been excluded from Serie B.