Torreira, who was part of Uruguay's squad for the World Cup in Russia and played his way into the starting lineup during the tournament, has agreed a long-term contract with the Gunners and will the ​recently vacated number 11 shirt.

"I feel very happy. I want to make the most of this opportunity life has given me. I am really looking forward to starting this new adventure," the 22-year-old told Arsenal.com.

"For a while I've been receiving loads of messages in my social media accounts. I guess it's all down to the fact there were talks of me moving to Arsenal even before the World Cup started. I am very happy and I hope I can meet all the fans very soon."

New manager Unai Emery ​said, "In Lucas Torreira, we have signed a young player who is a very bright talent in the game.

"A midfielder with great quality, I have enjoyed watching his performances for Sampdoria in the past two seasons, and we all saw him do very well for Uruguay in the World Cup. He is a young player already with good experience, but who wants to keep on growing.

"We welcome Lucas to Arsenal and look forward to him joining us soon for pre-season."

The player will now enjoy a short holiday and link up with his new teammates in August.

Born in the Uruguayan port city of Fray Bentos, Torreira moved to Europe in 2013 to join the junior ranks at Italian club Pescara. He later moved to Sampdoria in 2015, but was loaned back to Pescara and it was there in 2015/16 in Serie B that he enjoyed his first full senior season.

Torreira has been a regular for Sampdoria for the last two years, missing only five ​Serie A games since the start of the 2016/17 campaign. 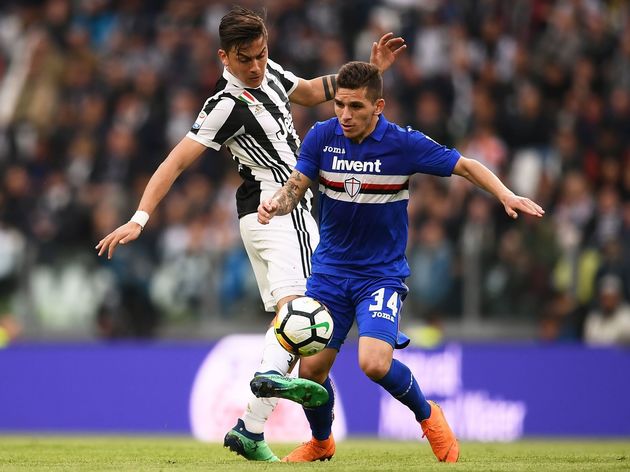 He will give depth to the Arsenal midfield and brings additional competition for the likes of Aaron Ramsey, Granit Xhaka and Mohamed Elneny in the wake of the departures of long serving duo Jack Wilshere and Santi Cazorla.