The Mirror report that the Championship side will make major cuts after failing to win promotion to the Premier League last season, with parachute payments now a thing of the past for the Midlands based club. 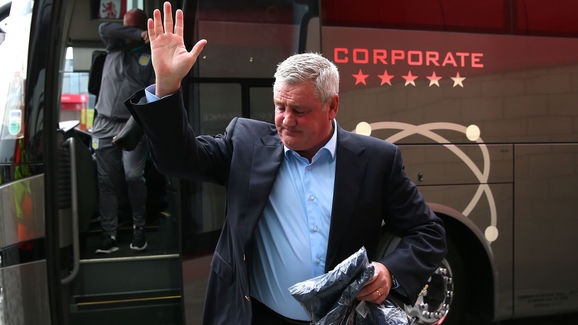 A number of board members have parted ways with the Villans already this summer, and Bruce admitted they are likely to be followed out of the exit door by key players such as Jack Grealish, Jonathan Kodjia and James Chester.

In an interview with ​Sky Sports, Bruce said: “We have to – to keep the club up and running and keep it in line with Financial Fair Play. We don’t want to lose Grealish, Kodjia and Chester but the inevitability is we might have to so let’s be ready for it.

“There will be nobody feeling sorry for Aston Villa because financially we have got ourselves in a bit of a pickle, so yes we have got to be ready for that.

“I have accepted it and committed myself to the cause and I think it is better to be open and honest with the supporters, warts and all, to say how it is.”

Villa reached the final of the Championship play-offs last season after finishing fourth in the league, but missed out on a chance at ​Premier League football following a 1-0 defeat to Fulham. Grealish stole a lot of the headlines during the campaign, and has already been ​linked with a move to England’s top flight, with ​Tottenham the front runners to secure the youngster.