Thanks for everything, Paulinho  pic.twitter.com/OzKLEW55lS

The midfielder's performances were deemed good enough by Brazilian manager Tite to include him in La Selecao's world cup squad, but it appears that the Barcelona hierarchy deem his services to be surplus to requirements and he will be sent back to China for a year-long loan deal worth a reported £44.2m - with an option to buy included.

“The level of the Super League has improved year by year and the development prospects are very good,” Paulinho said, according to the Guangzhou Evergrande website.

“After training in Evergrande and Barcelona, and following the Brazilian national team in the World Cup, I got a good experience.

The club also released a statement (via ​Squawka) emphasising their joy at having the Brazilian back in their ranks:

“We firmly believe that the return of Paulinho will comprehensively enhance the overall strength of the Guangzhou team, enhance the team’s midfield defensive hardness and offensive intensity, upgrade the speed and depth of the team’s three-dimensional attack, accelerate the team’s optimised formation combination and tactical cooperation, greatly enhance the enthusiasm of Evergrande fans, encourage the team to work together to create a brilliant future for Guangzhou football!” 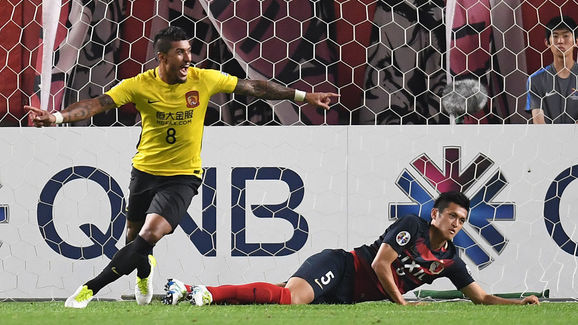 The 29-year-old initially joined Guangzhou in 2015 after spending two seasons with ​Tottenham.

There he enjoyed a sustained spell of good form, featuring in 95 matches and bagging 28 goals.

He moved to Spain in 2017 for a reported €40m, meaning that Barcelona will make a tidy profit on the deal.

Paulinho rejoins manager Fabio Cannavaro and his Guangzhou side, who currently sit in 5th position after 11 games in the Chinese Super League.