According to a claim from TuttoMercatoWeb (TMW), Liverpool have made contact with Gustavo Mascardi, an agent with close ties to Dybala. And the Reds are said to be 'focusing strongly' on the Argentine former Palermo player.

It is alleged that Liverpool are willing to 'formulate a concrete offer' and that Dybala might actually be interested in what the Anfield club have to say.

However, what truth there is to that and exactly how likely such a deal would be in reality remains to be seen. TMW claims that Mascardi could equally try and get Dybala included as part of the ongoing Ronaldo deal, heading to Madrid in the opposite direction.

The other issue is that, at 24 years of age, Dybala is the jewel in Juventus' crown. Given that he would likely be the best suited partner to a 33-year-old Ronaldo who will increasingly become more of a typical centre-forward the older he gets, others are much more likely to make way.

In that respect, 30-year-old Gonzalo Higuain has already been heavily linked with a €60m move to ​Chelsea, while 32-year-old Mario Mandzukic has caught the eye of Manchester United.

Certainly, if one or both of Higuain and Mandzukic are to leave the club, Juventus would almost certainly block any attempt from Liverpool or other suitors to sign Dybala. 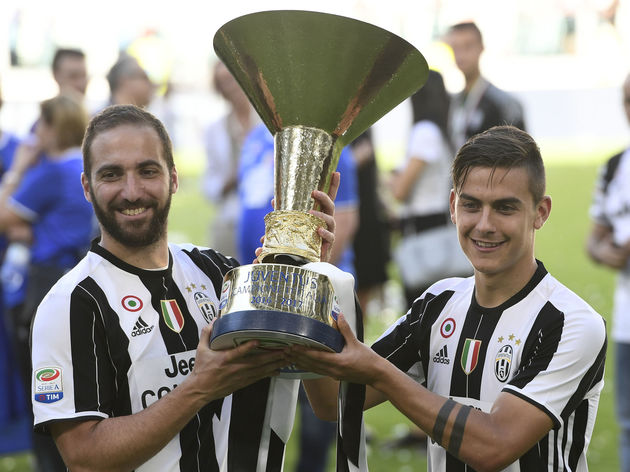 The last thing the Bianconeri would want is to pull off the seismic signing of Ronaldo in order to help them finally win the Champions League for the first time since 1996 and have lost too many of their other attacking players before the Portuguese has even got to work.