​He may have looked assured in England's first four games in the World Cup, but legendary ex-​Arsenal manager Arsene Wenger has hinted that ​Everton goalkeeper Jordan Pickford is the one player who the Three Lions could upgrade on as they bid to end 58 years of hurt by winning the tournament in Russia.

Pickford was criticised by some for failing to save Adnan Januzaj's strike for Belgium during the group stages, with ​Chelsea goalkeeper Thibaut Courtois taking to social media to claim he could have prevented the goal.

'I would've caught it. He was too busy throwing his legs in the air'

Nevertheless, Pickford shone in the last 16 win against Colombia, making a wonderful save in the dying stages of normal time to deny Mateus Uribe's long range effort and then stunningly palming away Carlos Barra's penalty in the shootout.

Speaking as a pundit on BeIN Sports before Pickford's heroics in England's last-sixteen win, as reported by t​he Mirror, Wenger said: " 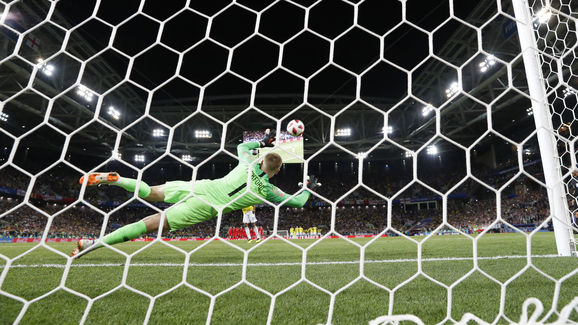 “When you look at the teams who have won the World Cup you realise there is always a big goalkeeper in goal.