After the most dramatic of penalty shootouts, England are through to the quarter final stage of the World Cup in Russia after scraping ​past a fiery Colombia side.

Fans up and down the country have been trying to keep their expectations in check after the shock exits of first, holders Germany, and then all conquering Spain earlier this week seemingly eased the potential path that Gareth Southgate's men would need to follow in order to reach the final.

Now just the simple task of seeing out the game right? Wrong.

The Colombians were edgy, they were ill disciplined but slowly started getting a foothold into the game. England laboured towards the end, and not wanting to let down the legions of fans who wanted extra-time and potential penalties, duly conceded a stoppage time goal to Yerry Mina.

Cue abject misery and quite possibly the end of the world in England...

The reaction in the studio when Colombia got that last minute equaliser.  pic.twitter.com/JlyTwG7fAB

And while we bowed our heads in utter disbelief, there were scenes of unbridled joy in many parts of South America..

And indeed, across many parts of London for that matter. 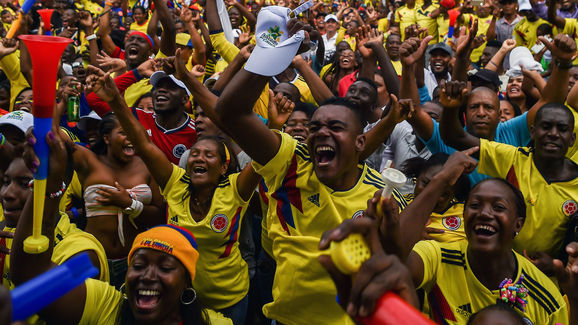 A crushing, and potentially devastating blow to the solar plexus of England's World Cup dreams once more.

A truly torrid half an hour of extra-time came and went, as Colombia seized the initiative and momentum generated from their last gasp goal. Fortunately, most of us would say at least, the pressure didn't amount to anything, and so it came down to the lottery of penalty kicks.

For the neutral, fantastic. For the eventual winner, delirium - for the loser, tears and abject misery. See Sergio Ramos below for a fine example of this. 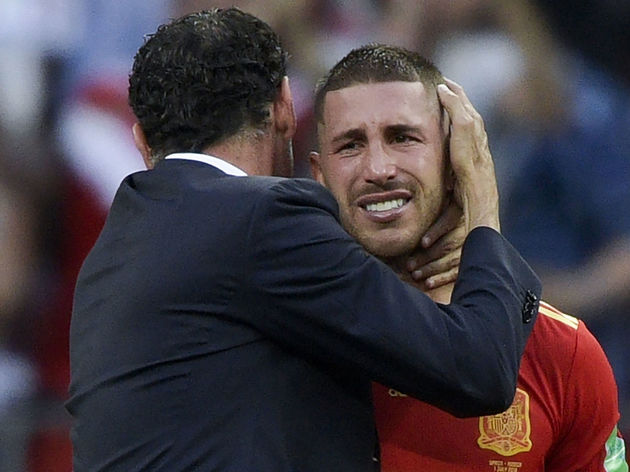 One by one, the England boys stepped up, with Kane and Marcus Rashford showing supreme composure to bury their efforts into the bottom corner. Jordan Henderson was not to be so lucky however, as old Arsenal adversary David Ospina plunged to his left to palm his penalty away.

Advantage Colombia - except they hadn't read the script of how this usually goes, and nor had England. Mateus Urebe hit the bar, before Jordan Pickford superbly clawed away Carlos Bacca's fifth and final effort.

And so it was all on Eric Dier's shoulders, with the Spurs utility man charged with sending England through in the most dramatic of circumstances.

I think this may give you an idea of what happened.

Carnage at @BoxparkCroydon as England go through to the quarter finalspic.twitter.com/gp88E6B9Vm

Yeah I barely got it 

Sometimes celebrating is so much better!

A night of ridiculous tension, unparalleled drama and an ending that England supporters could not have dreamt of in their wildest dreams.