Belgium centre back Jan Vertonghen has admitted that he thought his nation would be knocked out of the ​World Cup on Monday evening after going 2-0 down to Japan in the last 16. An incredible comeback eventually ended in a 3-2 win for Les Diables Rouges, but the ​Spurs defender didn't see it coming.

Japan shocked the world with their performance. Heading into half time with the score locked at 0-0, the Asian outfit came out for the second half on fire, and found themselves with a two goal lead after only seven minutes of being back out on the pitch. 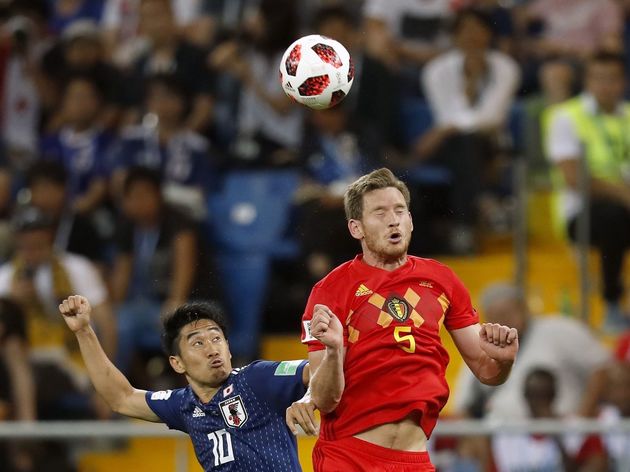 It was at this point, Vertonghen admitted to ​VI News, that he envisioned Belgium being booted out of Russia.

"There was a lot of spin on the ball. I tried to head for the ball, but he came in with a lot of luck."

A lot of luck indeed as the header looped over Japan keeper Eiji Kawashima. It was then down to the substitutions of Roberto Martinez to bring the win home. Both Marouane Fellaini and Nacer Chadli (introduced after going two goals down) got their names on the scoresheet to complete Belgium's triumph, and Vertonghen couldn't have been more made up.

"Nacer was incredible. I hugged them [the substitutes] for ten minutes, it was really an incredible relief. For the whole team, but especially for myself. We had to keep on believing, but after the 2-0 you start thinking. Luckily my teammates did not."