Grant, who is also formerly of Derby CountyBurnley, Daily Telegraph The move will allow United to send emerging goalkeeping talent Joel Pereira, a player well liked by manager Jose Mourinho, on loan for the duration of the campaign in the knowledge that the position between the sticks remains securely covered.

Grant is unlikely to play for United, but his expected arrival mirrors Premier League rivals signing veteran goalkeepers as third choice emergencies, as ​Chelsea have done with Eduardo, ​Liverpool with Alex Manninger and ​Manchester City with Richard Wright in recent years.

35-year-old Grant has spent much of his career in the ​Championship and has amassed over 500 senior appearances in total since starting out with Derby back in 2002. He does have ​Premier League experience, however, serving as ​Stoke number one for most of the 2016/17 campaign.

During that run in the team in Jack Butland's absence through injury, Grant even put in a man of the match display at Old Trafford in a 0-0 draw, a performance that appears to have stuck in Mourinho's head.

De Gea is expected to pledge his long-term future to United after the World Cup by formally signing a recently agreed five-year contract that will see him become the highest paid goalkeeper in the world by a considerable margin, earning wages of around £350,000 per week. 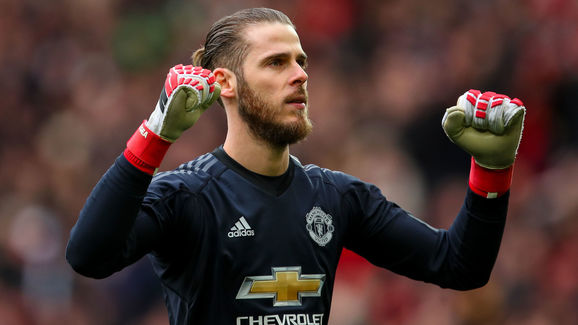 Romero, who was brought in as a free agent by Louis van Gaal in 2015 and has always performed when called up, had been linked with a United exit this summer. But, having signed a contract to 2022 last summer, he declared earlier this month that he is happy at Old Trafford.