Mexico 0-3 Sweden: Defenders Strike for the Swedes to Knock Germany Out of the World Cup

Sweden have booked their place in the last 16 at the World Cup with a 3-0 win over Mexico in the final game in Group F, thanks to an own goal and two goals from defenders

Defeat for El Tri could have paved the way for their exit from the competition despite notching six points in the group stages, but Germany failed to beat South Korea at the 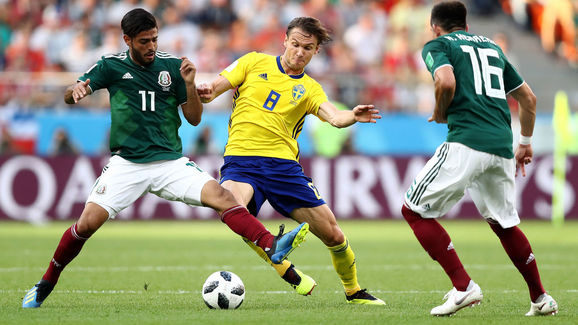 Janne Andersson's side into the lead but he sent a half-volley over the crossbar from close range.

Mexico then survived a VAR review following claims of a penalty before Berg tested the reacts of Ochoa with an instinctive first-time effort.

Chances were few and far between as the first half drew to a close but Sweden's danger man Berg rippled the side netting with a weak footed effort with what turned out to be the last kick of the half. 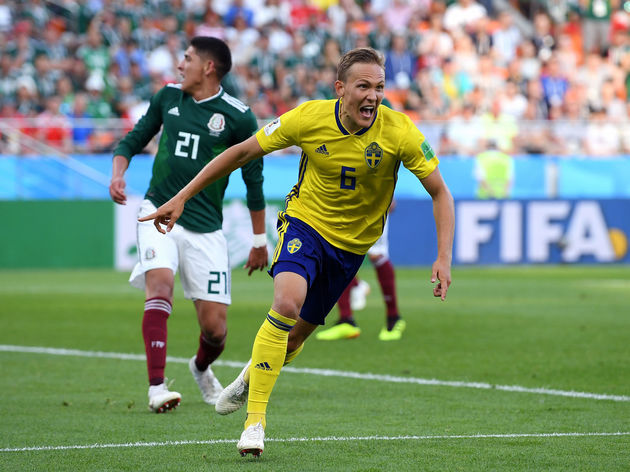 Less than five minutes after the break and Sweden's constant pressure finally paid off. A low cross from Marcus Berg was deflected into the path of