​UEFA have banned Serie A giants ​Milan from participating in European competitions, after ruling that the club had failed to comply with Financial Fair Play Regulations.

The club's case had been sent to the CFCB Adjudicatory Chamber for consideration, on the back of its breaching of the UEFA Club Licensing and FFP Regulations, and specifically the governing body's break-even requirement.

A statement on UEFA's ​website read: "The club is excluded from participating in the next UEFA club competition for which it would otherwise qualify in the next two (2) seasons (i.e. one competition in 2018/19 or 2019/20, subject to qualification). 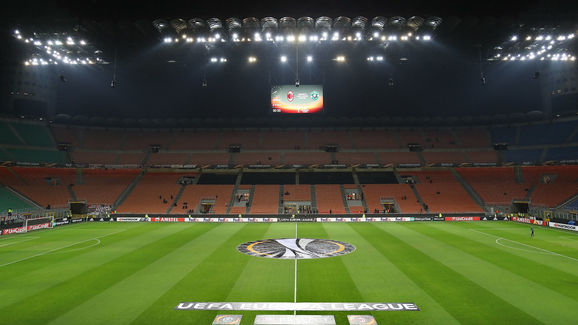 "This decision may be appealed to the Court of Arbitration for Sport, in accordance with Article 34(2) of the Procedural rules governing the UEFA Club Financial Control Body, as well as Articles 62 and 63 of the UEFA Statutes."

This effectively means that I Rossoneri will miss out on the Europa League in the 2018/19 season, despite having qualified, and will also miss the next UEFA competition qualify for within the next two years.

It was announced in June that the Milanese outfit had failed to convince UEFA of their financial stability, but the CFCB's adjudication has now sealed their fate.

In light of Milan's exclusion, there is a queue of ​Serie A teams hoping to take their place, in part because each club has financial issues of their own. In descending order, one of Atalanta, Fiorentina, Torino and Sampdoria will all be vying for the European spot, and have duly each been attempting to clean up their books in anticipation of Milan's disqualification.

.@acmilan won't be able to play in any European competition for the next 2 years... pic.twitter.com/TFVPJaTCvb

News of Gennaro Gattuso's side's European ineligibility will no doubt prove pivotal in their transfer negotiations this summer, and rumours of ​Leonardo Bonnuci's mooted move to Manchester United will be sure to heighten in the coming days.