​Southampton have confirmed the sale of their attacking midfielder Dusan Tadic to Ajax, in a deal worth up to €13m.

The club announced the transfer on their ​official website, naming the fee as undisclosed, and it brings to an end

#SaintsFC can confirm Dušan Tadić has agreed a move to #Ajax, with the transfer set to be officially completed on July 1st: https://t.co/TiT2u987qf

However, their Dutch counterparts broke down the deal on their website, revealing on Wednesday: "Ajax pays a transfer fee of 11.4m euros, which can increase to a maximum of 13 on the basis of variables, 7m euros."

The midfielder is currently in action with Serbia at the World Cup in Russia, and is set to take on Brazil at 7pm on Wednesday - on the same day his exit from the Saints was confirmed. 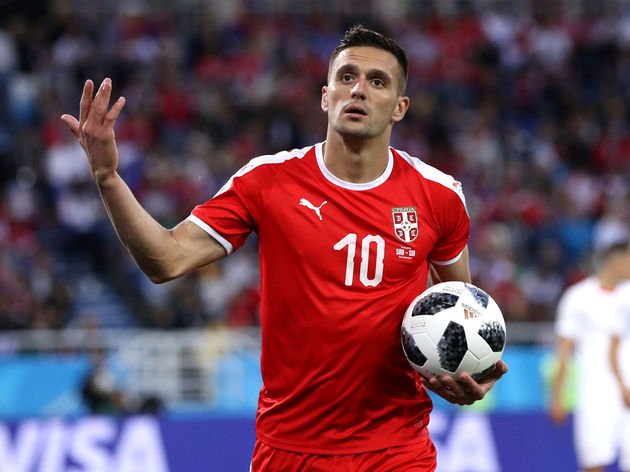 It's expected that ​Southampton will sign Basel's Mohamed Elyounoussi as a direct replacement for the 29-year-old, with the player set to undergo a medical in the coming days.