Marouane Fellini has reportedly agreed a renewed contract with ​Manchester United, and will finally put an end to the speculation surrounding his future in the coming days.

The Belgian international is currently at the World Cup in Russia, but that hasn't stopped him from agreeing terms with the Red Devils.

It's been a talking point for a long time. First, there were rumours about moving to Turkey. These were soon followed by links to Italian clubs (with Milan believed to be the most keen), and then on an even more ridiculous note, ​Liverpool and ​Arsenal were rumoured to be interested. However, the drama is set to end. According to Belgian outlet HLN (via Metro), Fellaini had initially taken umbrage at the length on the renewed deal United had initially offered him all those months ago.

And now, having altered the problem, the midfielder has agreed to sign a new contract that will keep him at Old Trafford for another two years.

Earlier in the week, the player admitted that he had already sorted his future, and that the world would know in the coming days.

"I know where I’m going to play next year and that does not affect my performance at World Cup," began Fellaini. "The contract has been signed and I’m going to announce it within a few days." 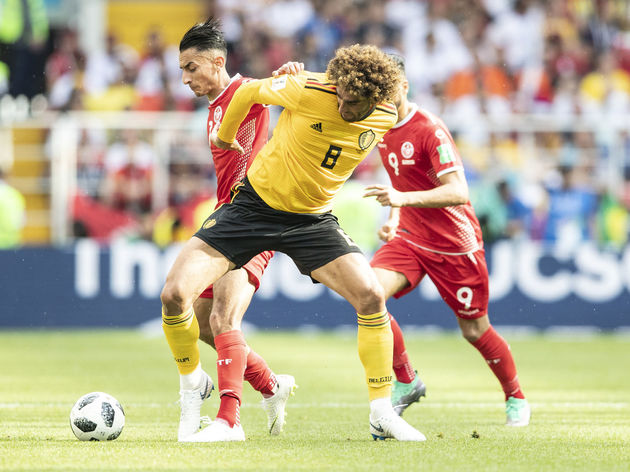 Belgian's next match comes in the form of England on Thursday evening. The two sides have already qualified for the Round of 16, and Thursday's game will decide who goes through as top of Group G.