Los Angeles FC forward Carlos Vela scored a penalty to open the scoring in front of a vibrant crowd in Rostov-on-Don, with West Ham's Javier Hernandez adding the killer second after half-time. Son Heung-min's later screamer threatened to set up a grandstand finish. 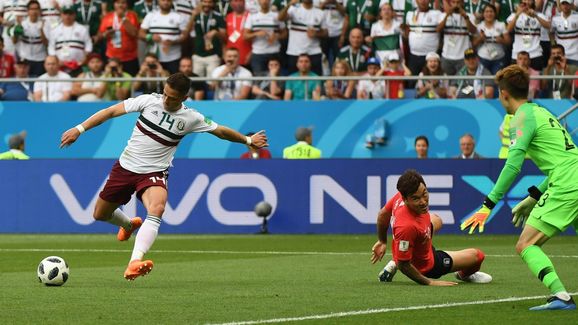 Mexico were expected to be the dominant force ahead of the game and that's exactly how things started, yet it was the Koreans who had the best early chances in the opening quarter of the contest - Ki Sung-yueng's header saved by Guillermo Ochoa the pick of the bunch.

But just as those opportunities appeared to grow South Korea's confidence, it was shattered when a stray arm from Jang Hyun-soo resulted in Vela breaking the deadlock from the spot after 25 minutes.

That lead should have been doubled mere moments later when goalkeeper Cho Hyun-woo just got his fingertips to an effort from Miguel Layun. Hirving Lozano then did everything right until the finish shortly before the interval when he ran menacingly at the Korean defence. 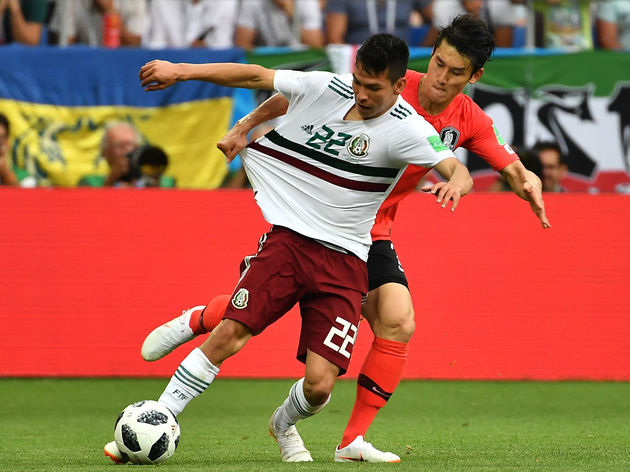 The game opened up in the second half. And although Clear cut chances were few and far between, Cho was called into action again to deny Mexico skipper Andrea Guardado in acrobatic fashion.

Mexico's second goal could have knocked the stuffing out of South Korea as Hernandez cut inside his marker and scuffed a finish past a helpless Cho, but still the 2002 semi finalists continued to fight and attempt to mount a comeback.

Casual Mexican passing in their own half actually nearly gifted a goal to South Korea as veteran defender Rafa Marquez, brought off the bench after Hernandez struck, selling Ochoa short and forcing his goalkeeper to intervene as Son Heung-min looked to pounce.

Son's superb late effort deep in stoppage time, fizzed in from outside the penalty area with his left foot, proved to be nothing more than scant consolation.

South Korea will now almost certainly be playing for nothing more than pride in their final group game against Germany, while Mexico can look ahead with excitement and optimism.