Brazil winger Douglas Costa has not travelled with the rest of his teammates ahead of the Selecao's encounter with Serbia on June 27. The ​Juventus wide man came on as a substitute during the victory over Costa Rica and had a positive impact on the game, but he will not feature in Brazil's final ​World Cup group match.

Brazil eventually won their game on Friday afternoon thanks to two late goals - one each from Philippe Coutinho and Neymar, and can qualify top of their group with a victory over Serbia on Thursday. 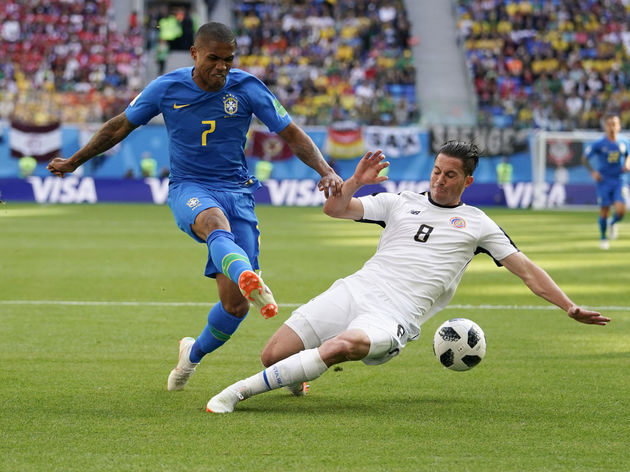 However, if they're to do that, it will be without Douglas Costa, who suffered a thigh injury towards the end of the game against Costa Rica. "They both stay, neither travel, they can not afford the next game. The case that most worries is that of Douglas Costa. Danilo's situation is not much different, but it's a less important muscle, so the outlook is a bit better."