Napoli president Aurelio De Laurentiis has issued a warning to Chinese clubs on club legend Marek Hamsik’s valuation by issuing an ultimatum on his price.

The ​Serie A chief has reportedly received numerous offers from Asia for a player who is the all-time record goalscorer for the Naples outfit, and the Slovakian has admitted that he would like to make a move to the Chinese League.

De Laurentiis had a meeting with Naples mayor Luigi De Magistris, to which he told reporters as quoted by ​Football Italia: “I wanted €35m, everyone said €30m and then they offered me €15m.” 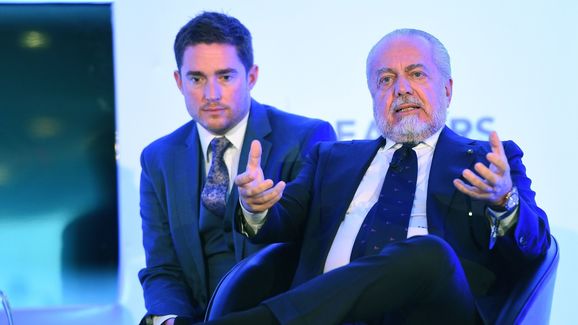 He then went on to criticise players that make the move to the Far East and accused them of forgetting how to play football.

He added: “Indeed, not even that: a player who has been playing in China, and if you ask me someone who plays in China has forgotten how to play in Italy and in Europe.”

If his move to China works out, he will follow the likes of Brazilian trio Oscar, Ramires and Hulk. Belgium’s Axel Witsel and former ​Chelsea and ​Barcelona striker Eidur Gudjohnsen to the Chinese Super League.