​Arsenal have completed the signing of Bayer Leverkusen goalkeeper Bernd Leno, with the German believed to have a signed a long-term deal.

The 26-year-old has been linked with a move to the Emirates Stadium for a number of weeks now, with confirmation of the deal coming via the Gunners official Twitter account.

Confirming his signing on their ​official website, an ​Arsenal statement read; "

"The highly-rated 26-year-old made more than 230 appearances for Leverkusen in more than seven seasons with the Bundesliga side.

"Spending most of his youth career at Stuttgart, Leno signed for Leverkusen in 2011 and that September became the youngest goalkeeper to feature in a Champions League match at the age of just 19 years and 193 days, during Leverkusen’s group-stage game against ​Chelsea."

Leno has spent eight seasons at the BayArena, making 233 league appearances for Leverkusen in that time. He has been a target for Arsenal however ever since the appointment of Unai Emery, with the Spanish boss seemingly pleased to have snared his man.

"We are very pleased that Bernd Leno will be joining us, " Emery said, via the same statement on Arsenal's official website.

"Bernd is a goalkeeper of high quality and experience. He has been a top performer and regular number one goalkeeper with Leverkusen in the ​Bundesliga for the past seven years. We are all excited that Bernd has chosen Arsenal Football Club and look forward to start working with him in pre-season.” 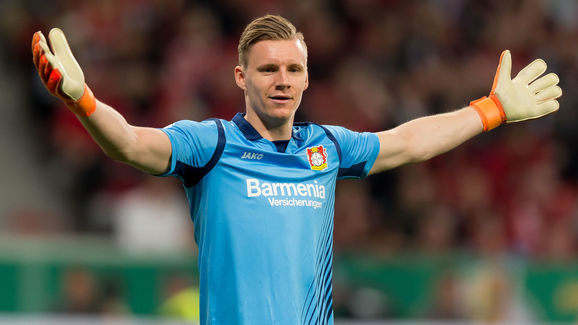 Leno will now challenge Petr Cech for the number one jersey at the Emirates Stadium, with Colombian goalkeeper David Ospina now likely to depart the club this summer.