According to Belgian publication ​De Standaard, the 23-year-old is a key transfer target for David Wagner, while Limbombe's apparent property search in Yorkshire suggests a move to England could be forthcoming. 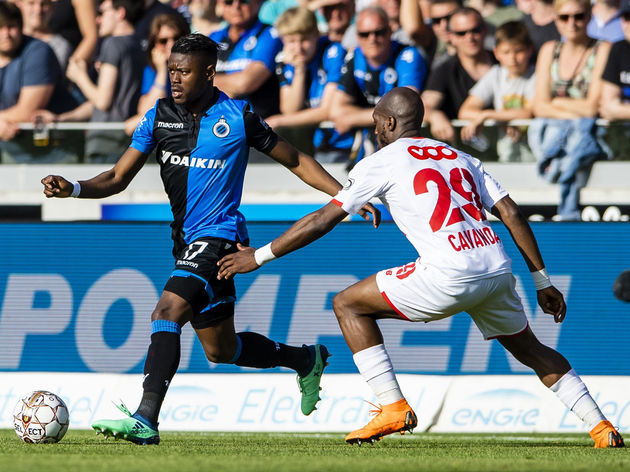 The Belgian side are allegedly looking for offers in the region of €12m-€15m to acquire to talented winger, meaning the Terriers will have to up their initial offer of €8m if they want to land their man.

Limbombe has spent two years at Club Brugge after joining in July 2016. Improving on first seasons figures of one goal and five assists in all competitions, this season saw him register six goals and seven assists across all competitions, helping secure the Belgian league title in the process.

His impressive displays in Belgium have alerted a number of ​Premier League sides other than Huddersfield, with Belgian newspaper ​HLN reporting that ​Newcastle and ​Southampton are interested in Limbombe, while also claiming the likes of RB Leipzig, ​Sc​halke 04 and Olympique Marseille are prepared to hijack a move to England.

The publication claims the Belgium international would prefer a move to Germany, although the firmer interest is rooted with the sides in the Premier League, as his future appears to lie away from Club Brugge.

Limbombe is an exciting winger who also boasts an international cap for Belgium, making his debut against Saudi Arabia in March, which is an impressive feat considering the talent Roberto Martinez has at his disposal.