Tuesday's early ​World Cup kick off saw a Colombia side expected to do well this summer fall victim to a Japanese team not tipped to go very far in Russia. In a game that eventually ended 2-1 to Japan, an early red card meant that the South Americans faced an uphill battle from the off - and the Asian side made them pay.

Colombia arrived with star player James Rodriguez on the bench. The playmaker, who won the golden boot of 2014's edition of the competition in Brazil, was absent through injury - much to his nation's dismay. 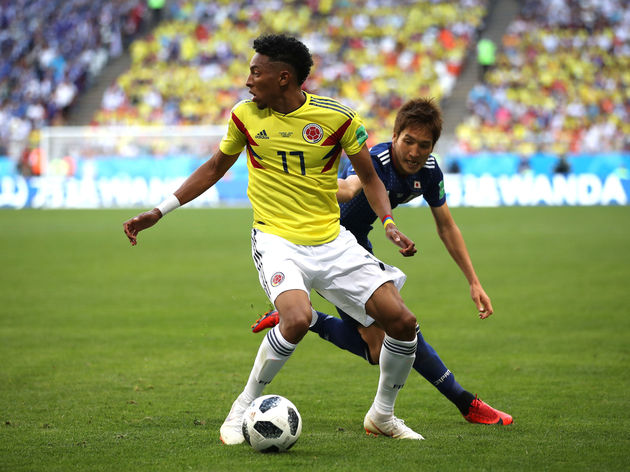 Japan, on the other hand, up until now had only played two games under new manager Akira Nashino. Perhaps one helpful factor ahead of the game was that absolutely no one thinks Japan will go anywhere in the next month - the ultimate underdog status.

Both teams came into the game eager to get their World Cup campaigns underway. The torture of having to wait until almost every other first round match had been played had come to an end, and it was finally their turn to add to what has already become a special tournament.​

And the magic of the cup struck immediately, in what became catastrophic news for the South American side.

Not even three minutes had been played before favourites Colombia were down to ten men. Sanchez received his marching orders having purposefully handled the ball to stop it from flying into an empty net. What was worse? It happened inside the box. 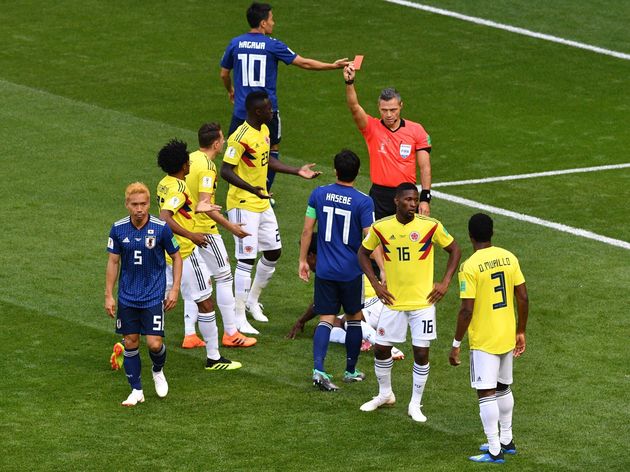 A Japanese attack forced a good save from David Ospina, but his save fell straight to another attacker, and Sanchez's arm was the only thing that stopped a certain goal.

The Japanese were gifted the perfect start by Sanchez, and Shinji Kagawa coolly slotted home from the penalty spot, waiting for keeper Ospina to make the first move before placing his effort the other side of the man between the sticks. An electric start.

After the manic five that the game opened up with, along came the realisation that there were still 85 minutes to be played. A sense of urgency came over the Colombian players, desperate to find themselves back in the game, but Japan were equal to it, and the extra player advantage seemed to make for a more competitive match on the whole. 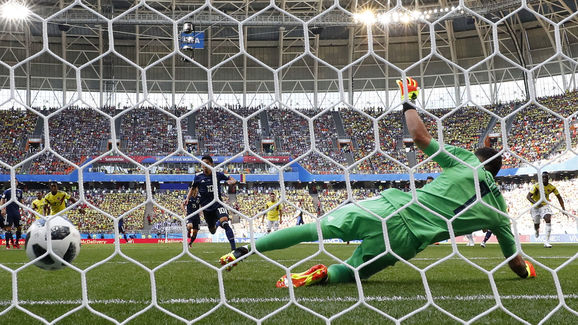 After the game had calmed down a bit, Radamel Falcao earned Colombia a great opportunity after being fouled just on the edge of the box.

It was Juan Quintero who pulled the South American side level with a beautifully clever free kick. Knowing that the wall would jump, the midfielder rolled the ball towards goal, fooling the men intended to block it, and sneaking it in at the near post.

Nothing seemed to arrive by the way of real opportunities until the 72nd minute when a deflected shot from Hiroki Sakai only just skipped past the post. 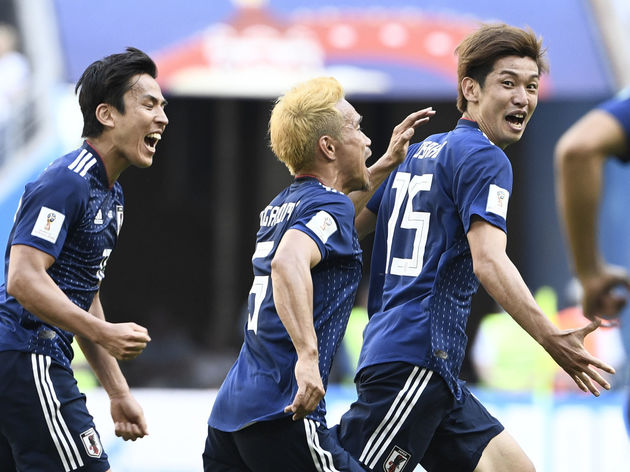 However, it was from the resulting corner where Japan took the lead once again. The ball whipped in from Keisuke Honda, Yuya Osako found himself on the end of it, knocking in at the back post - taking a nick off the woodwork as it beat Ospina.

The deficit in numbers on the pitch was beginning to take its toll on the Colombians, and Japan had duly taken advantage of it.

Five minutes later, James Rodriguez was offered a great chance back into the game from close range following a brilliant pass from Wilmar Barrios. It was goalscorer Osako who blocked the effort.

The game continued with Japan on top, and despite Colombia's desperate attempts, the Asian side came out on top.