​Gareth Southgate has revealed the pride he felt in the amount of resilience and spirit his players put on display as England ​earned a hard fought 2-1 win over Tunisia in their opening ​World Cup match.

Monday night's clash between England and Tunisia had the potential to be yet another frustrating game for the Three Lions, with a number of important decisions going against them, and a stoic opposition lineup subduing their attack for much of the match. 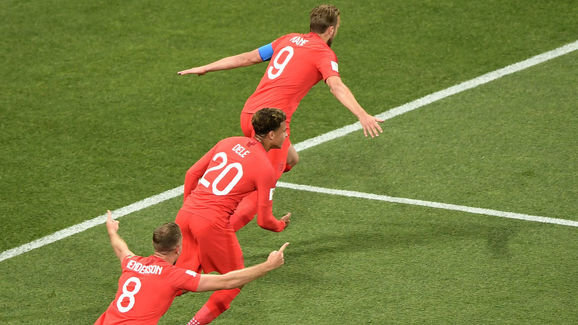 However, the Three Lions refused to give up and in the end they got their just rewards as captain Harry Kane notched an injury time goal to hand his side a 2-1 win as well as an important three points in Group G.

Speaking following the dramatic victory, England boss Gareth Southgate was full of praise for his players, visibly delighted with their performance against the Eagles of Carthage.

“Even at 1-1 I was really proud of the performance,” Southgate explained.

“I’ve talked a lot in the weeks leading into this game about performance being key. If we hit that level of performance, that’s the bit we can control.

“There were things within the game that we couldn’t control tonight, but we reacted really well to them.

“So, OK, if we had finished 1-1, there would have been a level of disappointment and I understand results back home would be viewed differently.

“But I think the performance was very good, we created a lot of clear-cut chances in the first half, as many as I remember us having. If there’s to be anything levelled at us it would be to be ruthless with those.

“But we recovered from a harsh decision and kept our composure, which pleased me.

“And in the second half we dominated the game and kept our patience and looked for good opportunities rather than just throwing the ball in the box and hoping. So we kept wave after wave of attack.

“At 1-1, if we’d had to take 1-1, I thought we were disciplined enough defensively that we didn’t leave gaps and weren’t hit on counter-attacks, so I like the controlled manner we did that.

“And our attacking players were a threat all night. We’ve done a lot of work on them and I think we got just rewards for that, so I was really pleased with what we did.”

Following the dramatic win in their opening match at the tournament, England will now be looking on to their clash against Panama on Sunday, with a win ostensibly seeing them guarantee their passage from the group stage, bettering their performance at the 2014 World Cup in Brazil.