Kante was part of a lacklustre French team that scraped an opening victory against Australia on Saturday, but his club future has increasingly been making headlines. It was recently reported that the two-time ​Premier League champion would wait until the uncertain managerial situation at Chelsea is resolved before deciding what he wants to do. And when quizzed about his future, Kante didn't simply declare his loyalty to the club.

"I am not concerned with all that," he is quoted as saying in response to the subject.

Antonio Conte continues to remain in charge at Stamford Bridge and is under contract for one more season, but the Italian, who has rarely seen eye to eye with club officials, has been under pressure for months and Chelsea are believed to have explored various options to replace him.

Luis Enrique and Massimiliano Allgegri were both heavily linked with a move to west London to take over, but it has been the ongoing and rather complicated talks with ex-​Napoli coach Maurizio Sarri that have dominated the speculation more recently. 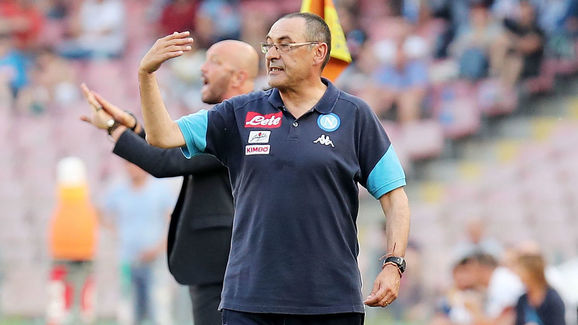 It had been suggested that Chelsea had finally come to an agreement with Napoli over Sarri's release clause - even though he has already been replaced by Carlo Ancelotti - while the cost of sacking Conte to make way for anyone new will still be vast.