​​​Stoke City could be about to add ​Newcastle United striker Dwight Gayle to their ranks ahead of their return to the Championship as new manager Gary Rowett aims to take his side back to the top flight at the first attempt.

According to the ​Daily Mail, Stoke have already made a £10m bid for the 28-year-old forward, who has scored 29 goals in 71 appearances for Newcastle since joining the club from ​Crystal Palace in the summer of 2016. Despite impressing in the ​Championship for the Magpies during the 2016/17 season, Gayle has struggled to adapt to the rigorous standards of the Premier League and scored just six goals last season. Gayle also mustered just 15 goals in three top-flight seasons at Crystal Palace, raising serious questions over the striker's ability to score consistently at the highest level.

While signing Gayle could potentially be good business for Stoke, given the player's impressive track record in the second tier of English football, the Potters will likely have to increase their offer in order to secure a deal. Newcastle paid £10m for the striker two years ago and will likely want to turn a profit on him - though the club's need for transfer funds could see them sell for less than they would perhaps like to.

Meanwhile, there is also the small matter of Gayle's salary. The former Peterborough striker reportedly earns £40,000 per week at St. James' Park, meaning Stoke would have to make him an attractive offer in order to convince him to leave Tyneside. 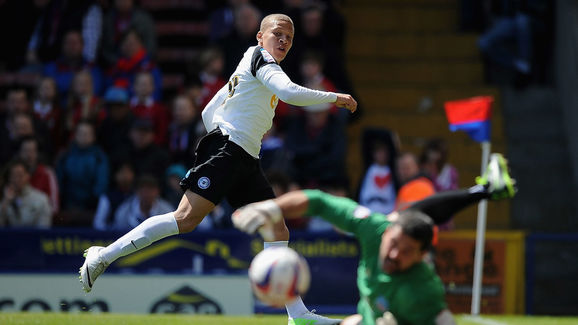 Gayle began his senior career playing non-league football with Stansted before finally turning professional in 2011 after signing for Dagenham & Redbridge in League Two. His prodigious scoring rate in the lower leagues saw him ascend rapidly up the football ladder, securing a move to Palace in 2013 after the Eagles were promoted to the ​Premier League.