Things got underway with quite a bit of zip as Iceland surprisingly responded to Argentina's opening forays in the early going. 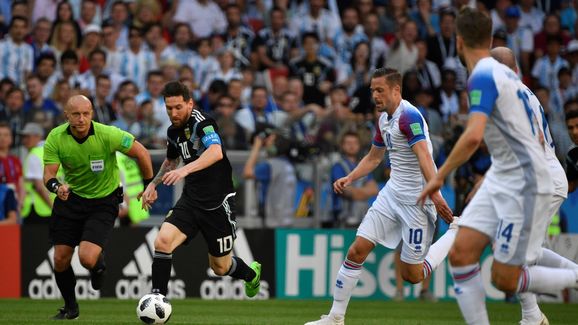 Lionel Messi's eighth minute free-kick left hearts in mouths as Nicolas Tagliafico got a glancing header that flashed the ball across the face of the goal, but the Icelandic contingent nearly opened the scoring just a minute later, capitalising on a goalkeeping mess by Willy Caballero to get

A very exciting first half would end with the sides heading into the tunnel tied 1-1. But 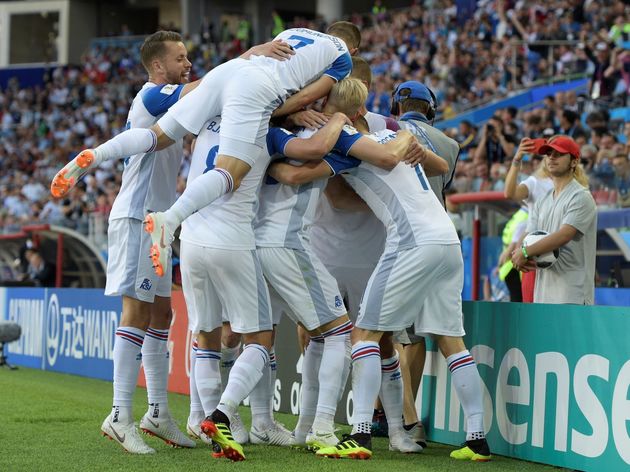 Hannes Halldorsson, the Iceland keeper, proved heroic, however, diving to his right to make a telling save that kept scores level.

Sampaoli's men cranked it up beading into the 80th and had another shout for a penalty as substitute Cristian Pavon - sent on in place of Angel di Maria - went down in the Iceland box, but the ref was having none of it and didn't even consider VAR.

Messi, desperate to atone for his spot-kick failure, rifled a shot from just atop the edge of the box, presumably aiming for the top-left corner, but the ball zinged just wide.

The Argentina boss took Maximiliano Meza off to bring Gonzalo Higuain on with six minutes left to go. Iceland, meanwhile, were kept back in their own area as the South Americans rained long shots goalwards.

They held on valiantly, though, heading into the prescribed five stoppage time minutes with absolute conviction.

Messi would be handed the final opportunity after a foul was won from around 30 yards from goal. His free-kick was hit straight into the Iceland wall, with the referee bringing the match to an end seconds after as the Thunderclap underdogs secured an important draw.