​World Cup winner Mario Gotze has been heavily linked with ​Tottenham Hotspur, but reports are claiming their north London rivals Arsenal are favourites to sign the Germany hero.

​The Mirror report that since his exclusion from Germany's World Cup squad for the World Cup in Russia, the ​Borussia Dortmund star is eyeing up a move to the Premier League, with ​Everton, ​Leicester and ​West Ham all amongst the names attempting to sign him. 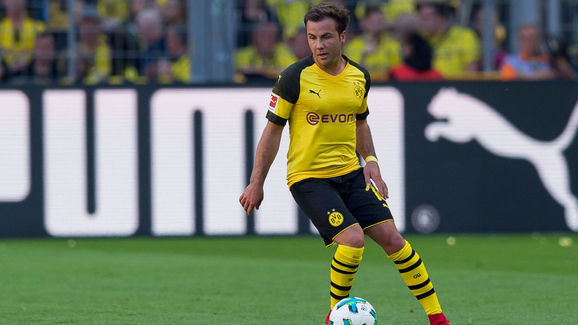 Gotze, now 26 years old, scored the winning goal in the FIFA World Cup four years ago, reportedly wants to move to England to try and revive his career.

A number of ​Premier League clubs are keeping their eye on the World Cup winner, but it is believed that Unai Emery's Arsenal are the favourites for his signature.

New ​Arsenal boss Emery, is looking to bolster his attack, as he looks to get his new side back into Europe's elite competition.

​The Mirror have reported that Leicester and ​Newcastle have made tentative enquires for the German, who would cost around £18m.

The Gunners are in little need to sign Gotze with Mesut Ozil and Henrick Mkhitaryan playing similar positions, however, it would be a third ex-Dortmund star at the Emirates if they ever did sign him, with Mkhitaryan and Pierre-Emerick Aubameyang both starring for the German side previously.