​Arsenal target Caglar Soyuncu will reportedly make a decision on his future in the coming days, with as many as three other Premier League clubs said to be in talks with the Turkish defender.

Soyuncu has been heavily linked with the Gunners for several weeks and is thought to form part of chief recruiter Sven Mislintat's summer plans to overhaul the defensive ranks in the squad. 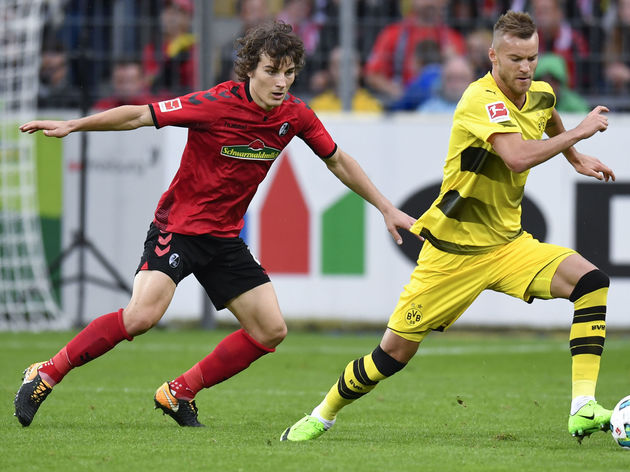 In that respect, proposed deals for centre-back Sokratis Papastathopoulos and defensive midfielder Lucas Torreira are thought to be close to completion, while veteran full-back Stephan Lichtsteiner has already signed as a free agent from Juventus.

According to Turkish Football, Soyuncu, who is currently on holiday in Ibiza, will give thought to his future and make a decision from next week after celebrating Eid over the coming days. It is said that there is currently no deal in place for the Freiburg player. But with Turkey not at the World Cup this summer, there are no hurdles in the way of negotiations.

The president of Soyuncu's first club, Altinordu, claimed at the very beginning of May that the player would be joining Arsenal after the Gunners had asked for information on him.

"Caglar Soyuncu is set to join Arsenal. Of course we would make a cut from the transfer if he joins Arsenal," Mehmet Ozkan said. "Arsenal asked us for data on his time at the club, we have put something together for them which will be handed over."

Soyuncu has been with Freiburg in Germany since 2016. He's also been a full Turkish international since 2016 and has been likened to star Bayern Munich defender Mats Hummels.