The owners of ​Birmingham City Football Club have officially sold their souls to the capitalist devil. Over 100 years of rich history, deeply ingrained at St Andrew's has now been tarnished with the signing of a new naming rights deal on the stadium.

Next season, Birmingham fans won't be rocking up to the stadium that they've come to know and love - at least, it won't feel like it. From this day forth (...until the three year deal is over), it will now be known as St Andrew's Trillion Trophy Stadium.

What a horror show.

Since​ the club was established way back in 1875, ​Birmingham have won a grand total of 25 trophies. You can probably see where this is going. This means that the club need to win another 999

The club's CEO official website that the move will hugely benefit the club financially. “This is a landmark partnership for the Club," he began.

“From a business perspective, it is important that we look at all such avenues with which to maximise our revenue to help ensure the Club remains financially strong and competitive on the football field.

“In renaming the ground, we were acutely aware of the emotions surrounding this subject, hence it was agreed to retain St. Andrew’s in the title – our home that we know means so much to our supporters.” 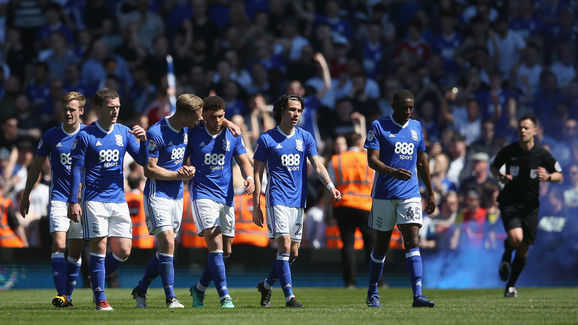 Essentially, they're selling out.

The name change is effective immediately, so wave goodbye to your traditional St Andrew's.