​Jack Wilshere has hinted at a potential exit from ​Premier League club ​Arsenal after posting a mysterious quote on social media.

The English midfielder, who recently missed out on being part of the 23-man England squad for the ​World Cup, has reportedly been expecting a lucrative £90,000-a-week deal to keep him at the Emirates for the foreseeable future.

According to the ​Daily Express, however, the 26-year-old took to social media site Instagram late last night to post a quote, which stated: "There comes a time when you have to choose between turning the page and closing the book." 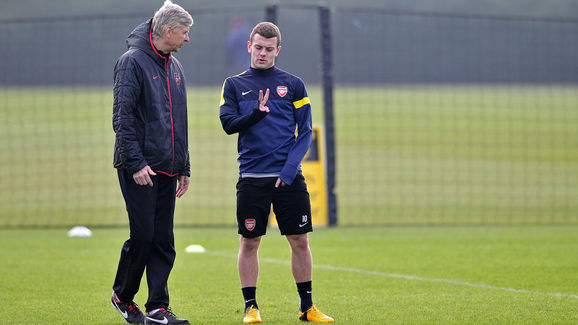 The quote suggests that Wilshere is debating leaving the London-based club as a free agent after his contract expires in a few week's time.

With Arsenal manager Unai Emery close to​ securing a deal for Sampdoria midfielder Lucas Torreira, it is clear that the Spaniard is looking for other ways to improve his midfield, leaving Wilshere out in the cold.

This is what @JackWilshere posted on Instagram Story last night.

Having made only 12 league starts and 8 substitute appearances last season, the unwanted midfielder is attracting interest from clubs such as ​Juventus, who understand that he will be available on a free transfer once his contract expires on the 1st July.

With Wilshere's career full of injuries and obstacles, and his manager looking elsewhere for other players, it is clear why the talented midfielder may be tempted to refuse a contract renewal with the Gunners.