​Anthony Martial's agent has confirmed that his client wants to leave Manchester United this summer.

Speaking to ​RMC Sport, Philippe Lamboley stated that the French international wishes to leave Old Trafford due to the club's lack of faith in the player:

Exclu @RMCsport : Anthony Martial's agent: "After thinking about all the possibilities and parameters, Anthony wants to leave Manchester United." #MUFC

“After reflecting carefully on all the possibilities and all the parameters, Anthony has decided he wants to leave ​Manchester United.

“Manchester United wanted to offer Anthony a contract extension and don’t want him to leave, but we haven’t been able to reach an agreement after several months of talks.

Can tell it’s going to get messy over Anthony Martial’s future this summer. Manchester United have to keep him or just demand a ridiculous fee. Can’t make another mistake selling off incredible talent.

Due to his lack of game time under Jose Mourinho, the former Monaco winger has been left out of France's 2018 FIFA World Cup squad.

Lamboley added that the decision to request a move away from Manchester United is one which has taken considerable consideration:

“It’s a decision we have considered carefully. At the same time, it’s clear he is under contract, so Manchester United have the last word and we’ll respect the decision of the club.

"We simply don’t share their view of Anthony’s future. He is disappointed, because he has shown love for the club and supporters over the last three years. I can tell you that without the unconditional love of the supporters, Anthony would’ve asked to leave Manchester United sooner. 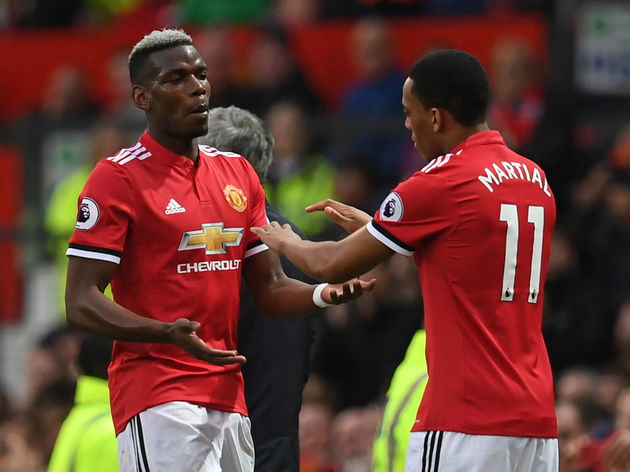 “I can’t say anything at the moment, but clearly, from the moment a player like Anthony is on the market, many clubs are interested. All I can say is that many Coaches appreciate his talents and many clubs are proposing their projects to Anthony [Martial].

“The league isn’t the most important issue. Anthony simply wants to play, rediscover the pleasure of football and the rapport with the coach will be crucial.”