During an illustrious managerial career at club level, Van Gaal had already enjoyed tremendous success. He won the UEFA Cup and Champions League at Ajax, led ​Barcelona to La Liga glory, and repeated the feat with ​Bayern Munich in the ​Bundesliga, also taking the Bavarian to a Champions League final and laying the blueprint for the success that followed there. Even at AZ Alkmaar, Van Gaal would find his way to silverware. That job came at his lowest ebb as a coach in 2005 and he almost walked away in 2008 because he simply wasn't getting the results - it was only because the players begged him to stay that he remained. Then, mere months later, AZ were Eredivisie champions for only the second time in their history. 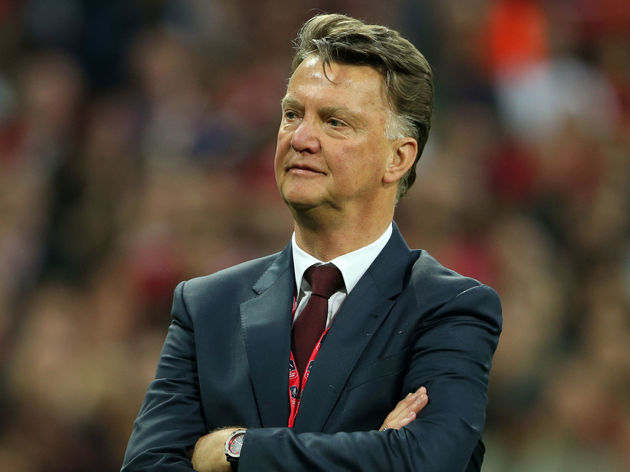 Things ultimately didn't work out for him at Manchester United, despite ending his time at the club with an FA Cup trophy that he proudly paraded in front of the press who had been at him for two years; the same press who also unfairly knew before he did that he had been sacked.

After leaving Bayern in 2011, Van Gaal was appointed Netherlands national team manager for the second time in his career the following year. Having failed to steer the team to the 2002 World Cup, a lasting regret only matched by the manner of his 2016 exit from Old Trafford, Van Gaal exorcised some of his demons when qualification for the 2014 tournament was comfortably secured.

Though capable, it was not a vintage Dutch side filled with the kind of world class players of previous years. Van Gaal had chosen a lot of young home-based players to complement ageing stars Robin van Persie, Arjen Robben and Wesley Sneijder, while implementing a fluid 5-3-2/3-5-2 formation that made his team difficult to break down and lethal on the counter attack.

Incidentally, the role that Robben played in that system - a pacey winger operating in a free role in support of a central striker - was similar to what Van Gaal later wanted to see from Angel Di Maria at Manchester United. Either the Argentine record buy didn't understand or was uncooperative and left Old Trafford as a massive flop after just one season.

The system saw the Netherlands humiliate Spain in their opening group game, thrashing the reigning champions 5-1. They followed that up with wins against Australia and Chile to finish top of the Group B standings with nine points, before a late comeback, including a hugely controversial stoppage time penalty against Mexico, took the Oranje through the last 16 and into the quarter-finals.

It was in the last eight that Van Gaal's mad genius took hold. His tactics had already proved crucial in pushing the Dutch team this far. But with nothing to separate them and tournament surprise package Costa Rica, who had beaten Italy and Uruguay in the group stage, it called for something totally off the wall and unexpected from Van Gaal for the Netherlands to prevail.

Left with one substitution still to make in stoppage time of extra-time, Van Gaal's brainwave was to replace goalkeeper Jasper Cillessen with backup Tim Krul, with the sole purpose of gaining an upper hand for the imminent shootout. What's more, it worked, as Krul palmed away penalties from Bryan Ruiz and Michael Umana, while the Netherlands scored all four of theirs. 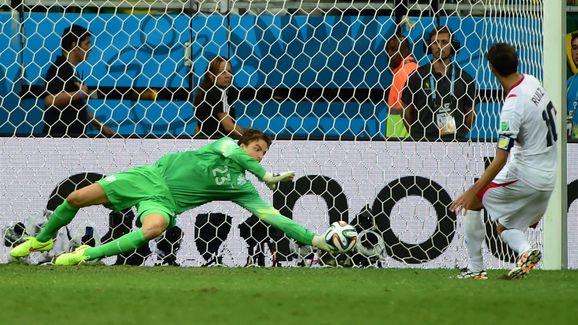 "Jasper Cillessen had never stopped a penalty, so the chance that he stops a penalty then is not big," Van Gaal recently explained in an episode of 'Football Godfathers' for the History channel.

"But we had Tim Krul - he played for ​Newcastle United - and he was a very tall figure and the spread of his arms was impressive. And he had a good average of stopping penalties.

"Of course [it had a psychological effect]."

Seeing that the Netherlands had brought on a penalty specialist must have wreaked havoc in the minds of the Costa Rican players. Krul, meanwhile, was in a win-win situation. He couldn't do any worse than Cillessen and yet also had the opportunity to be a hero, which he took.

Van Gaal has even admitted he would have done it again when the subsequent semi-final against Argentina also went to penalties. But, on that occasion he was denied because he had already used all three substitutions. That was a mistake, he surprisingly accepts in hindsight.

"But, that was the wrong decision when you look at it afterwards, because I couldn't change the goalkeeper anymore and Cillessen has to stop the penalties."

Cillessen did not stop the penalties, with Lionel Messi the first of four Argentina players to convert, while Vlaar and Sneijder both saw their efforts saved by Sergio Romero. It cost the Dutch team a place in a second consecutive World Cup final, but without the mad genius of Louis van Gaal, they would probably never have got so close in the first place.