Arsenalhave submitted a second offer for Sporting CP star Gelson Martins as the Portugal international continues to push for a move to north London, according to reports.

The Gunners were eager to capitalise on the unrest surrounding Sporting ​after their training ground was attacked, something which has been linked to their failure to qualify for the Champions League. 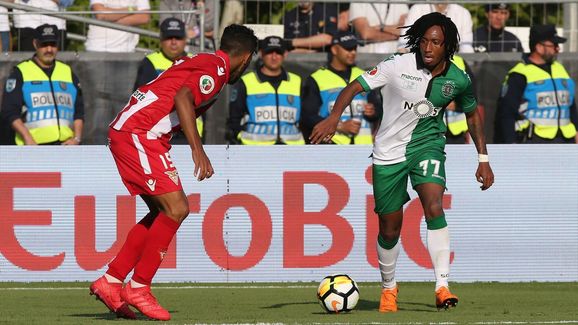 A Bola say Arsenal insisting on Gelson Martins and have submitted a second offer which was also rejected by Sporting. pic.twitter.com/TchrzdI7XL

Estádio José Alvalade terminated, which would leave him available to join Arsenal on a free transfer.

Martins, who has spent his entire club career with Sporting, scored 8 goals and bagged 9 assists in 31 league appearances last season. He also scored a goal and had two assists during the Champions League last term, but won't be playing in the tournament next season with Sporting as the club finished third in the Primeira Liga.

Martins is understood to have a