WATCH: Liverpool Target Xherdan Shaqiri Reacts to Rumours Linking Him With a Move to Anfield

Amidst a sea of transfer speculation surrounding the future of Xherdan Shaqiri following ​Stoke City's relegation from the Premier League, ​Liverpool have been tipped as the favourites to secure a move for the stocky Swiss winger.

Following a thoroughly enjoyable 2017/18 campaign, Liverpool are looking to build upon the successes they enjoyed throughout the bygone season, with a key factor to their continued growth being squad depth. 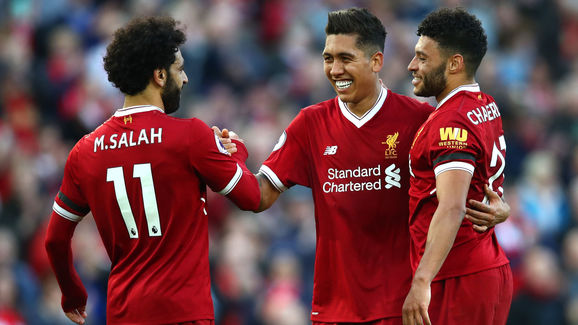 Throughout the previous season, the Reds' attack was all too reliant on the ​goal scoring abilities of Sadio Mane, Roberto Firmino and Mohamed Salah, with the trio being the main source of Liverpool's goals.

As such, Jurgen Klopp has identified a number of attacking options to bring in in order to strengthen their depth in attack, and one name that has been mentioned consistently has been Shaqiri's.

The tricky Swiss winger nearly joined the Reds back in 2014 until ​a move to Anfield was blocked, with Shaqiri instead going on to play for ​Inter before completing a switch to Stoke City in 2015.

Now, following three seasons with the Potters, Shaqiri is ready to depart the club in order to continue his career in the ​Premier League, and Liverpool have been heavily tipped to land their man this time round.

Shaqiri himself has even addressed the rumours linking him with a move to Anfield whilst on international duty with Switzerland ahead of the World Cup.

When approached by an interviewer (via the Redmen TV, video above) who asked him about Liverpool, the 26-year-old winger responded by saying, 'The Anfield stadium is great, definitely.'

"I can't tell you anything right now," Shaqiri explained. "I think my agents take care of my future. I'm focusing on the national team right now." Throughout the 2017/18 campaign, Shaqiri made 36 league appearances for Stoke, scoring eight goals and assisting a further seven as Stoke ended the Premier League season in the relegation zone.