One of the highest paid players in England and able to afford a life of luxury that most people can only dream of, Pogba is noted for his fashion and expensive taste.

Yet speaking to Bleacher Report, the 25-year-old admits he doesn't always find spending money easy. He did, after all, grow up in relatively humble surroundings before becoming a superstar.

"I try to remind myself that, 'Come on, you got it,' but I check my bank account," Pogba explained.

"I don't wanna end up with no money. I try to do the right thing. Help the poor, help your family. That's what God wants. That's what makes me feel happy. You can't worry too much about the clothes or the aquarium or whatever."

Pogba was referring to the fish tank at his home which contains his 'Pogfish'. Of course it does. 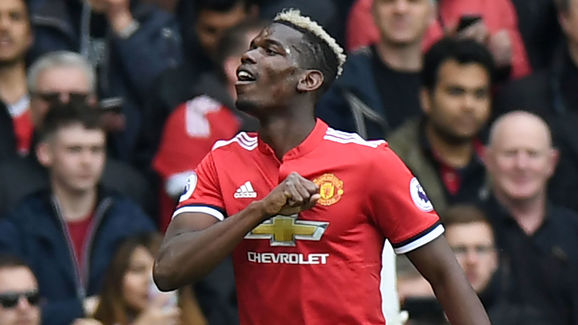 "It's nice, to see the fishes and stuff like that. It's cool. I really like it. But all this material stuff, at the end of the day, when you die, they stay," he added.

Pogba's look and style has come under scrutiny even more over the last 12 months. His inability to dominate games on a consistent basis for United has led many to criticise his mentality, suggesting that his appearance is more important than his performances on the pitch.

"People judge me more because of the outside football, which has nothing to do with football - it's not like if I spend more time having one haircut or 10 haircuts, it will make me play better or play worse," the player contested.

Speaking in April, ex-United captain Gary Neville was one vocal critic: "When you're a player who is signed for that money, when you dance like he does and when you've got hair like he has you have to play well and you have to match it." Pogba reply to that was simple. "I don't really listen," he said. "Football is not about the appearance of the player. It's all about the pitch. I respect everyone's opinion. If [Neville] doesn't like my hair, he doesn't have to look at it. That's it!"