​New ​Everton boss Marco Silva has wasted no time in the transfer market, with his sights reportedly set on Newcastle United defender

​According to the Shields Gazette, Silva is weighing up a £30m move for the ​Newcastle captain, while the 24-year-old is also being linked with clubs such as Liverpool and ​Chelsea. The 24-year-old was instrumental for Newcastle last season, leading the club to a top-ten finish. His performances also caught the eye of England manager Gareth Southgate, though he was not able to force himself into the Three Lions World Cup plans. 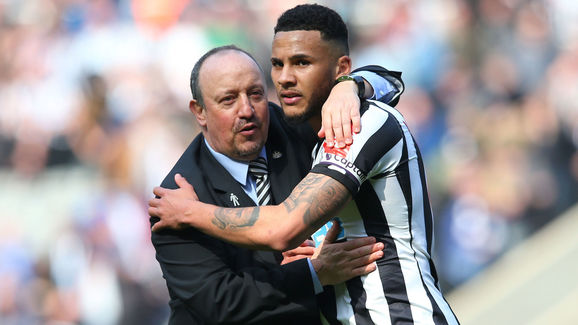 Newcastle boss Rafa Benitez is reportedly keen to keep hold of his captain, and wants to hold on to Lascelles at all costs, previously saying; "I think he will stay here, and hopefully for the long term. He has huge potential and big clubs will look at him because he is a young, English centre back.

"He has all the attributes to be a target for all top teams because you can see from his performances over the last two years he keeps getting better and better.

"But I think that for his future, and for his development, that he stays in a place where he can play and he can improve and continue to keep getting better with us. I think he understands that too. He seems happy and he is learning all the time, so I hope he stays for a long time."

He may have the decision taken out of his hands though, with owner Mike Ashley said to be ready to sell the Magpies captain if Everton meet his hefty valuation.