​​Napoli midfielder Jorginho could very well be a ​Manchester City player by the end of the week. The Brazil-born Italian has been on Pep Guardiola's radar for some time, and recent weeks have seen reports emerge of City heavily ramping up their interest in the 26-year-old.

Pep Guardiola admitted at the end of his team's record breaking season that there is no need for an abundance of signings this summer - only a few new faces will make their way to the Etihad. While the club continue to be linked with Leicester's Riyad Mahrez, Jorginho is another name expected to join the club.

Jorginho's deal to Manchester City could be closed within this week, source told @CalcioNapoli24. Napoli refused a €45M offer, asked for €55M: City could close deal for an amount of €50M (bonus included). Today Napoli' director Giuntoli will meet with Jorginho's entourage https://t.co/9XkMw7sapx

And now, according to CalcioNapoli24 writer Claudio Russo, the midfielder's transfer could be done before the week is over, with both teams agreeing on a fee for the player.

The ​Serie A outfit turned down City's first bid of 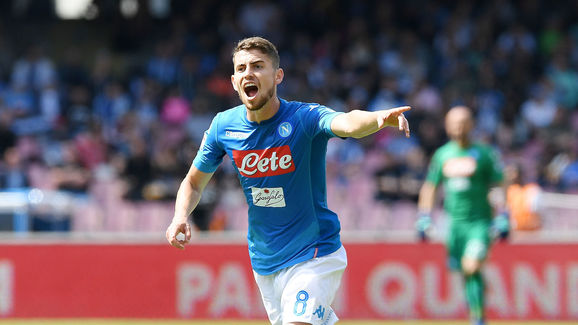