Eric Dier believes that Harry Kane can be the man to fire England to glory at this summer's World Cup in Russia.
​

The striker finished 2017/18 with 41 goals to his name, including 30 in the ​Premier League which was bettered only by ​Liverpool's Mohamed Salah. It was another sensational campaign for Kane, who was nominated for the PFA Player of the Year, ​and recently named Three Lions captain for Russia.
​

One man who knows Kane and his game better than most is his ​Tottenham teammate Dier - and he believes the striker could hold the key to going all the way this summer. He said, as quoted by the ​Sun: "It is going to be a really special tournament for him. He has all the attributes you need to be a good captain - the way he carries himself, the way he works, the way he trains, the way you see him in games.
​

"Just being himself, that is a quality in itself. I’m very happy for Harry to be given the opportunity - it’s fully deserved." 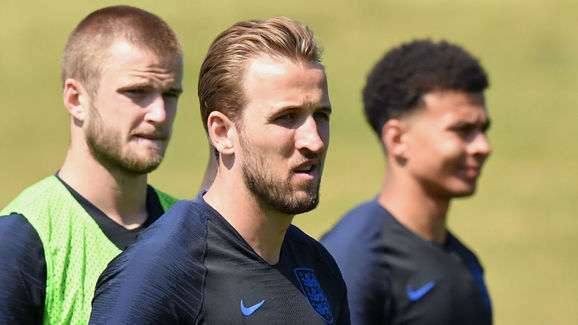 Kane may have been made captain by Gareth Southgate but Dier, who has also been handed the armband under his tenure, vowed to stay vocal.
​

He added: "It would be unfair on Harry or the manager that they should have to take all the responsibility. Everyone has to take ownership."
​

England have two games to prepare now before taking on Tunisia in their opening World Cup match at the Volograd Arena on June 18 - firstly against Nigeria on Saturday and then Costa Rica five days later.​