Liverpool have officially announced the signing of Brazilian midfielder Fabinho, who will join the club on a 'long-term' contract from July 1.

With Emre Can set to depart, Liverpool's need for another midfield player was a summer priority and the club have moved quickly and quietly to get their man, before ​reports broke on Monday night that a €50m deal was close.

The 24-year-old completed a medical at Melwood and the completion of the deal with announced by the Reds on social media.

Speaking to ​Liverpoolfc.com, Fabinho said: “I am really excited about this move.

“This is something that I always wanted – this is a giant of a team. The infrastructures of the club look exceptional.

“A football club of this size coming after my services, I didn’t have to think that much about coming over. 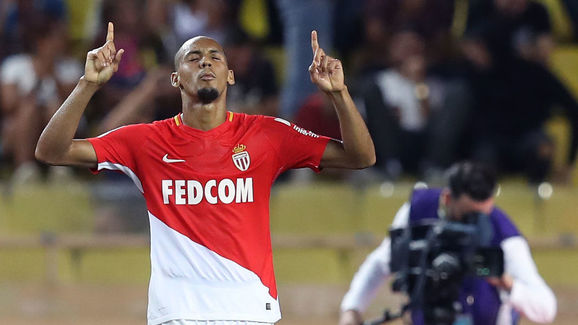 “I will try to create my own history at this football club. Hopefully, on a personal level, I’m able to win titles with this club.

Liverpool's latest signing also spoke of the reasons why he chose the Reds over other possible suitors, while suggesting early interest and the famous fanbase were key.

"Liverpool showed a lot of interest in me quite early. That was also very important because I felt the club wanted me to come," he said.

“Unfortunately, I wasn’t able to meet Liverpool supporters – I have only seen on video or television the way they are. From what I have seen so far, they are fantastic.

"Also, other players that played here – they only say good things about Liverpool. What they said to me about when they played at Anfield, it makes me more willing to start playing for this football club. This was a very positive point for me to make my decision.

“Liverpool are in a league that is probably the best in the world, so there were many positive points for me to choose to come and I am very, very happy to be here.”

The former Real Madrid B player made 34 Ligue 1 appearances for Monaco in 2017/18 and scored seven goals. Known for his versatility, he is an adept passer and made the third most tackles of any player in the French top flight last season with 114.

He will link up with fellow new signing Naby Keita in the Liverpool midfield next season, while the Reds are still believed to be in the market for another attacker and a quite possibly a goalkeeper.