The Welshman leapt to meet a Marcelo cross and, just as Mario Mandzukic did in 2017, he executed a spectacular bicycle kick that found its way over a helpless Loris Karius and into the back of the net.

"I just remember Marcelo clipping a ball in, it was kind of at right height to give it a go and it was great to get the connection,” Bale told journalists following the match. 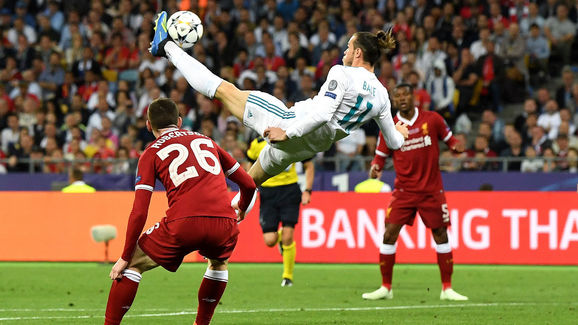 As a result of converting such an amazing goal after coming off the subs bench, you'd have thought that ​Real Madrid's manager Zinedine Zidane would be quick to congratulate Bale for his heroics and almost single-handedly winning Los Blancos their third Champions League trophy in a many years.

However, the French manager instead didn't utter so much as a word to Bale for over three hours after the final whistle, as reported by ​Metro.

When asked whether Zidane had spoken to him, following his match-winning performance against Liverpool Bale responded bluntly, saying: “No”.

Such a story seemingly sums up Bale and Zidane's frosty relationship, with Bale not feeling as though he has the support of the Los Blancos coach, leading to speculation that ​the Welsh superstar could be on his way out at Madrid in the upcoming transfer window.