7 Players Who Will Smash it at the World Cup

Obviously there are many talented players in world football right now. That's a given. But being in that select group of world class players does not automatically guarantee you a position on this list – because the FIFA World Cup is a different beast altogether.

Put simply, there is no greater stage upon which to display your talent, and that kind of pressure can get to certain players. Combine this pressure with the different tactics and tempo at play in International football, and you very quickly narrow down the competition.

Here are the seven players who will almost certainly smash it at the World Cup. 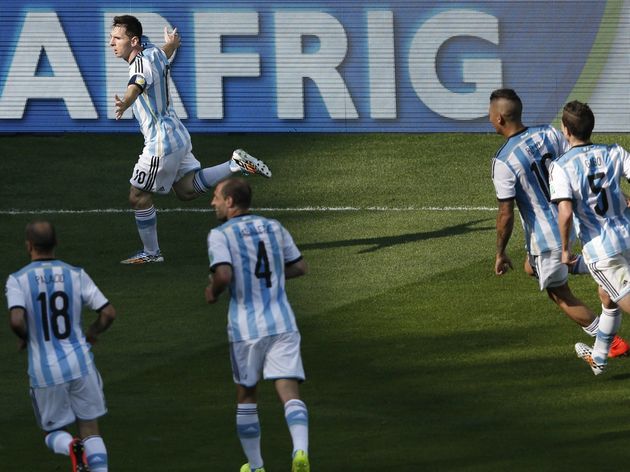 Although in the end he couldn't win it in 2014, he did everything he could to do so. As the tournament's best player, the diminutive magician practically single-handedly hauled Argentina to the final.

With four goals in three group stage games alone, including that memorable last gasp long range winner against Iran, Messi was more than just instrumental - he was both the musician and the conductor. After performing similar heroics to drag his country to this World Cup, who would bet against the 30-year-old retaining this influence all through this summer's tournament? Thomas Muller's World Cup record speaks for itself - in 13 games, he has somehow managed to collect 10 goals and six assists. Such an astonishing World Cup output ranks him as the tournament's most potent goalscorer who is still playing.

Currently sitting in joint eighth of the competition's top scorers, he needs just four in 2018 to take him level with his legendary namesake Gerd (who is third) and seven would take him above another compatriot, Miroslav Klose, as the outright leader. Although he hasn't been as prolific for Bayern this season, such big stage pedigree means you can't rule it out. The Belgian has probably been the best midfielder in the world this season, so his place on this is self-explanatory. His all round influence has been irrepressible at times for Manchester City, and with Eden Hazard alongside him, defences will have a near impossible task in thwarting them.

While he only has four World Cup appearances under his belt so far, his record of one goal and two assists represents a decent return. With the pressure on for Belgium's golden generation to deliver, De Bruyne will have his work cut out, but if he can reproduce just half of his Manchester City form, they'll be well on their way to fulfilling a national dream. Even though the Frenchman is yet to register a goal at the World Cup, he showed his international pedigree at the Euros in France in 2016.

With six goals in seven games, the 27 year old took home the golden boot and the player of the tournament award, and if France progress far enough, you wouldn't back against the striker doing the same in 2018. Indeed, he's arguably under less pressure this time out than he was two years ago. The craziest thing about Andres Iniesta's recent departure from FC Barcelona to Japanese side Vissel Kobe, is that he still goes in to this summer's tournament as one of his national team's most integral players.

Having scored the goal that won Spain the World Cup in 2010, he's naturally no stranger to the pressure's of such a stage. Let's be honest, far stranger things have happened in football than the prospect of a 34 year old Iniesta orchestrating his side to another triumph. 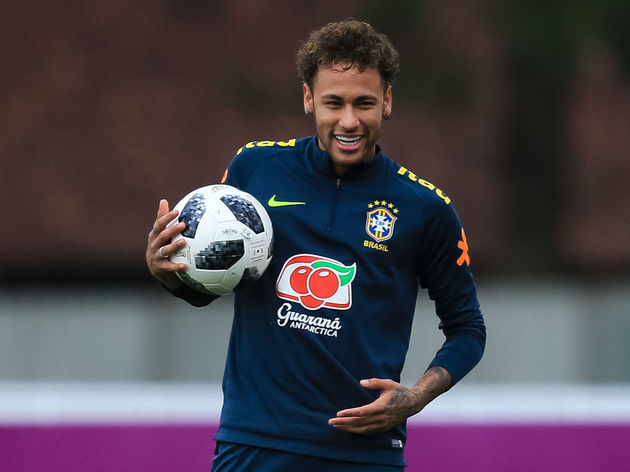 After taking Ligue 1 by storm (if that's even a thing) the Brazilian has had a handy three months off after sustaining a metatarsal fracture. Now back in training for the Selecao, Brazil will be expecting their figurehead to perform such a role in Russia.

After literally shouldering the weight of a nation in 2014, and coping admirably under it until being struck down by injury, the 26 year old is surely ready to come out firing in 2018. Although it remains unclear as to whether he will be completely fit for the start of the tournament, the early signs look ominous for his opponents. Harry Kane is ready to take the Three Lions all the way. You heard it here first. Just look at that chiseled jaw, and tell me he won't score seven goals in seven games. Although he is admittedly yet to score a goal in a major tournament, his record of 12 goals in 23 international appearances is formidable.

And, with 41 goals in 48 games across competitions at club level this season, he will go in to Russia 2018 as one of the in form marksmen in world football.

HAVE YOU GOT WHAT IT TAKES?

You don’t have to be a professional footballer to put in the work and nail your goals. You just have to be committed, stay focussed and put your all into it. If this sounds like you, check out NCS, a summer experience aimed at 15-17 year olds who are willing to put in the time and get the results they want. Fancy tackling outdoor activities, learning new skills and changing the world around you? Then NCS is for you.