United have been heavily linked with Milinkovic-Savic, who enjoyed a breakout season with Lazio in 2017/18 after scoring 15 goals from midfield, for much of the campaign. 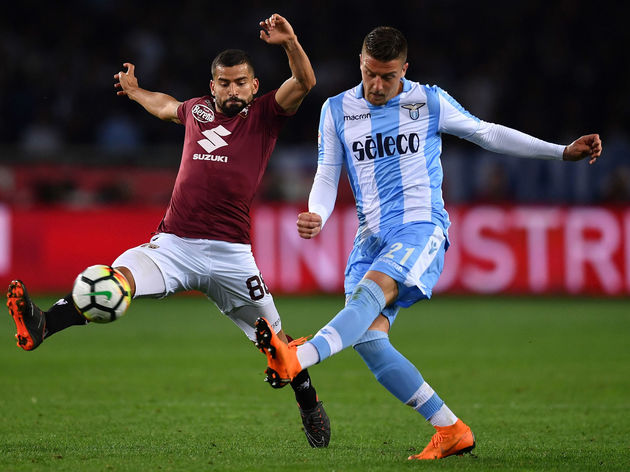 According to the Daily Mail, however, the Old Trafford club are likely to shy away from pursuing a transfer for the 23-year-old Serbian as a result of the £87.5m (€100m) price tag.

Such a figure would make Milinkovic-Savic almost as expensive as club record signing Paul Pogba (£89m) and is much more than the £70m the player is said to have been offered to United for on several occasions earlier this year.

It would appear that Lazio have spied an opportunity to drive the price up following rumoured interest from other clubs, including ​Real Madrid. Ultimately, it may be that United have no need for Milinkovic-Savic this summer, as the club is widely believed to be making solid progress in their attempts to sign Brazilian international Fred from Ukrainian champions Shakhtar Donetsk.

Earlier this week it was claimed that a £44m deal is in place. That report came from Italian journalist Gianluca Di Marzio, while the Daily Mail acknowledges the move is being 'finalised'. BBC Sport additionally believe United to have at least made a formal enquiry.

A potential midfield trio of Fred, Pogba and Nemanja Matic is something fans are relishing.