In a report published on ​Di Marzio's official website, the journalist suggests that the deal is done and the Brazil international will be moving to Old Trafford this summer. United manager Jose Mourinho is reported to be excited at the prospect of a midfield comprised of Fred, Paul Pogba and Nemanja Matic. Di Marzio also claims that United considered making a move for highly-rated Lazio midfielder Sergej Milinkovic-Savic, but opted to move for Fred instead as they felt the 23-year-old Serbian international would be too expensive.

As Mourinho looks to improve his United squad ahead of the new season, there could be one or two players leaving the club to make way for fresh faces. One such player is left back Matteo Darmian, who Di Marzio claims is edging closer to a move to Italian giants ​Juventus. United are reportedly interested in Juventus striker Mario Mandzukic, although there is no suggestion as of yet that they could use Darmian as a makeweight in any deal for the Croatian forward. 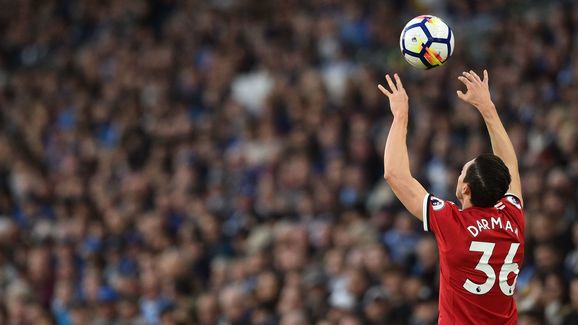 Fred, 25, has made over 100 appearances for Shakhtar since joining the Ukrainian giants from Brazilian outfit Internacional in 2013. Should Di Marzio's report prove accurate, the midfielder will be United's first major signing this summer as they look to challenge local rivals Manchester City for next season's ​Premier League title.