Legendary midfielder Andrés Iniesta has completed his move to Japanese side Vissel Kobe on a free transfer.

The 34-year-old has signed a multi-year deal with the J-League side after leaving Catalan giants Barcelona, where he has up until this point, spent his entire career.

The deal has reportedly been financed by technology firm Rakuten, who are the shirt sponsors of Barcelona. Their CEO, Hiroshi Mikitani is understood to have struck up a friendship with Iniesta whilst visiting the La Liga giants, which in-turn has helped him lure the Spanish legend to Japan.

Announcing his signing, as reported by ​The Sun, Rakuten said:

"His transfer to Vissel Kobe is not only expected to draw in fans from around Japan to see his world-class play style but is expected to inspire the team and contribute to the development of the next generation of players through the introduction of the Iniesta Methodology to the youth academy.

"Vissel Kobe, with its aim to become the number one club in Asia, also believes that the player’s entry into the club will energise football both in Japan and the whole of Asia. 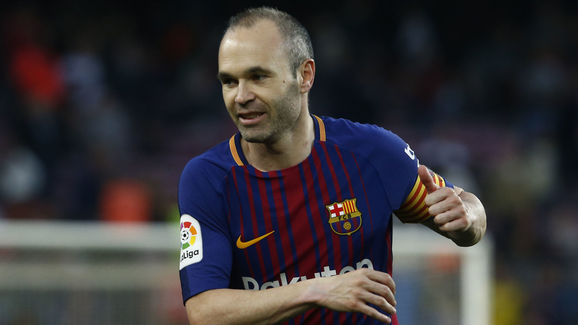 "Through promotion related to Iniesta across multiple channels of the Rakuten Ecosystem, including Rakuten TV, Rakuten will work to build the fan base of Vissel Kobe and the J.League, Japan’s professional football league, both in Japan and overseas."

Iniesta made a staggering 674 appearances for Barcelona during his time at Camp Nou, waving an emotional goodbye to the club after Sunday's 1-0 win over Real Sociedad.

He will link up with former Arsenal and Bayern Munich forward Lukas Podolski at Vissel, with the German international assuming the captaincy role last season.