​After an immensely successful season with ​Tottenham Hotspur, in which he just missed out on the Premier League Golden Boot to Mohamed Salah, Harry Kane has made a bold statement regarding England's chances at the World Cup.

The 24-year-old striker was ​named as England captain earlier in the week and, in his first press conference after being granted the honour, claimed that the Three Lions can indeed win the World Cup in Russia this summer.

The squad Gareth Southgate nominated to travel to the World Cup is full of young talent, with ​Liverpool and ​Chelsea starlets Trent Alexander-Arnold and Ruben Loftus-Cheek being named as part of the 23-man squad travelling to Russia, as well as fellow youngsters Dele Alli, Marcus Rashford and Raheem Sterling. And while many believe that Southgate's new-look England squad will be treating Russia 2018 as a stepping stone for Qatar 2022, Kane has strong feelings to the contrary.

“I believe we can win it. That's what we've got to try and do. Anything else is not good enough, really," he said, as reported by ​the Mirror. “We're not going to be favourites to win it, we know that, but look at this season when no one thought Liverpool would get to the Champions League final.

“We have to be brave. I want us not to be afraid to say we want to win it.” Although some believe the inexperienced and youthful nature of the team will be a hindrance, Kane feels Southgate's young lions are capable of achieving success despite their age, referencing back to the Manchester United side of the 1990s.

“Look at Manchester United in the Ferguson days, dominating for years with a young team," said the newly appointed captain. "It's not really an excuse being young. It could be a good thing.”

​Kane was confirmed as England's new captain over Liverpool's Jordan Henderson on Tuesday. However, the Spurs hitman has revealed Southgate named him to lead the national side in Russia almost two months ago. 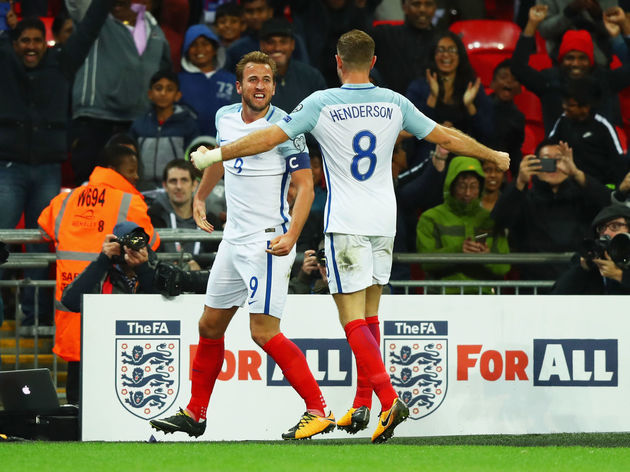 “I filled up with pride," he said. "I didn't tell anyone, just my close family, my fiancee, mum and dad, and brother. That's it.

"We spoke about when it was going to be announced but I had to keep my lips sealed.