According to Corriere dello Sport, Ancelotti met with Napoli president Aurelio de Laurentiis on Tuesday to discuss the project that awaits on the Amalfi Coast as well as the terms of a deal. 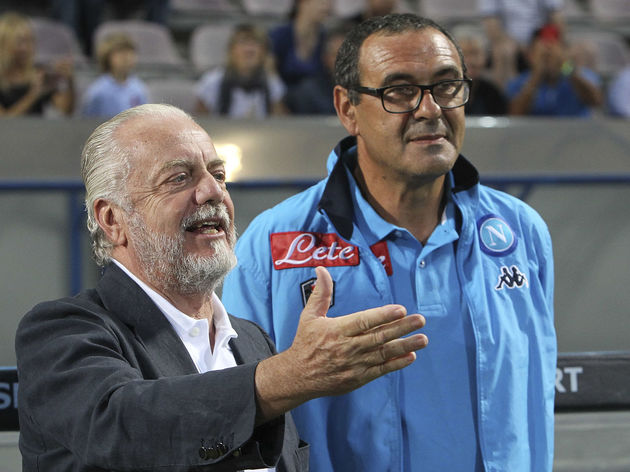 Earlier this week, De Laurentiis made it clear that he had given up on Sarri signing a new contract after the incumbent and his representatives had become unresponsive to talks.

The meeting between the two is thought to have lasted around three hours on Tuesday night and it is said that Ancelotti, who has been out of work since he was sacked by Bayern Munich in September, signed an agreement with Napoli that will pay him €6.5m per season.

La Repubblica put the breakdown as €5m in basic salary plus bonuses. Having run Juventus close in the 2017/18 Serie A title race, Napoli are expected to strengthen this summer ahead of the next campaign, with AC Milan midfielder Suso named as a €38m target by Corriere dello Sport.

There is also speculation that Ancelotti would ask for Bayern enforcer Arturo Vidal.

La Repubblica suggest that Bayer Leverkusen goalkeeper Bernd Leno could well be the first signing of the new regime as Napoli are seeking a replacement for Milan-bound Pepe Reina.

For Ancelotti, it marks a first job in his native Italy since leaving Milan in 2009. In the nine years since, he has worked in England (Chelsea), France (PSG), Spain (Real Madrid) and Germany (Bayern), while his previous clubs in Serie A include Parma and Juventus.