REVEALED: Who Are the Strongest English League Clubs at Home Over the Last 10 Years?

Manchester City and Manchester United have the best home records of any of the 92 clubs in the Football League over the course of the last decade, demonstrating the collective strength of Manchester since the start of the 2008/09 season.

Research provided by Your-Promotional-Code.co.uk can reveal that Manchester City, whose mega rich cash injection in the summer of 2008 perfectly coincides with the period in question, have taken 443 points at the Etihad Stadium over the last 10 seasons - that's 2.36 per game. Manchester United have taken 339 at Old Trafford at an average of 2.34 per game.

The next strongest home team has been Chelsea, whose record at Stamford Bridge over the 10 year period stands at 421 points and 2.24 points per game. Arsenal (2.19), Tottenham (2.07) and Liverpool (2.03) are the only other sides to have averaged more than two points per game.

Leicester are strong at the King Power Stadium and place seventh on the list. The Foxes spent six of the 10 seasons in question in the Championship and League One and so have played more games than those consistently in the Premier League. It means that while they have taken more home points than both Tottenham and Liverpool, their points per game average is lower. 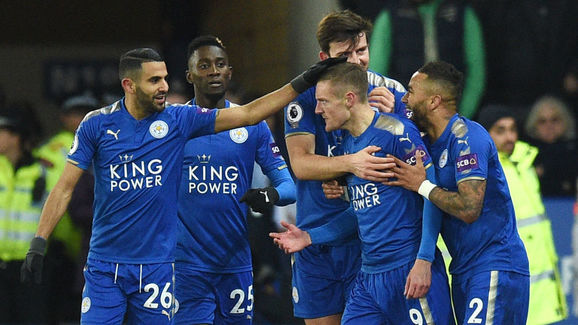 The very worst team in the '92' over the last 10 years has been Sunderland. Their home average of just 1.15 points per game makes the Stadium of Light statistically the easiest stadium in the top four divisions for away teams to collects points at. Research inclusive of home games played between start of 2008/09 season and 2nd May 2018 and does not include playoff or cup games.