​Chelsea have made the signing of ​Bayern Munich star Robert Lewandowski a priority, after apparently sounding out the unsettled Polish star.
​

The Blues are set to undergo a rebuilding process this summer following the disappointments of the 2017/18 season, and see Lewandowksi as just what they need to regain their status as one of England and Europe's very best clubs. 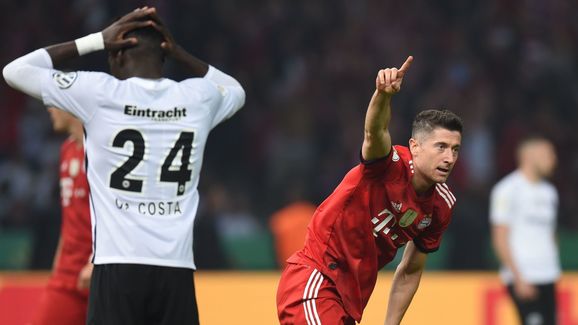 Spanish striker Alvaro Morata failed to live up to his price tag following his move from ​Real Madrid last summer, and finished his debut season in the ​Premier League with just 11 goals.
​

​He is being touted to return to Juventus, which would pave the way for the Blues to sign Lewandowski, who appears not to be totally happy at the Bavarian giants.

He has previously had gripes about the club's transfer policy, and recently showed his frustrations after being substituted by Jupp Heynckes against Koln

The 29-year-old is the number one transfer target for Chelsea according to the Telegraph despite the uncertainty over Antonio Conte's future, but his acquisition may prove difficult since they will only be able to offer Europa League football next season.

Their stuttering end to the 2017/18 season meant that they missed out on the Champions League, a competition Lewandowski has played in every year since 2011.
​

He is without doubt one of world football's best strikers and would surely be looking at playing at the very highest level to complement his abilities.​