​It was less than a week ago that French hitman Antoine Griezmann fired Atletico Madrid to Europa League glory against Marseille, seeing them claim the trophy for the third time in their history.

However, in the ​Rojiblancos 2-2 draw against Eibar on Sunday, he was the villain of the piece as a large contingent of fans in the Wanda Metropolitano booed and whistled the 27-year-old striker every time he touched the ball. 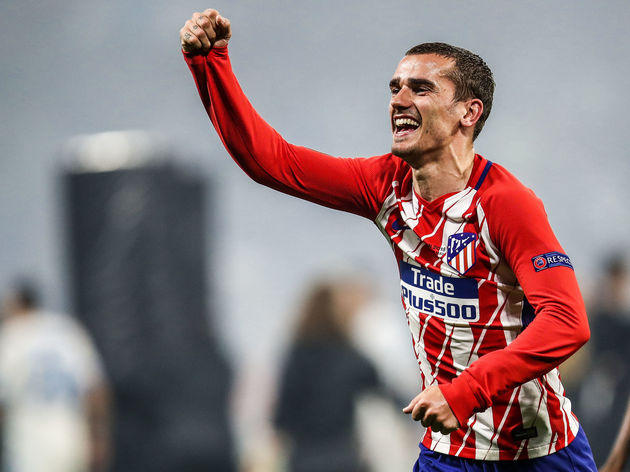 Such a hostile reaction from the Atleti fans comes amidst ​rumours linking Griezmann with a move to Barcelona, with the Catalonian club launching their much derided charm offensive in order to lure the Frenchman to the Nou Camp.

The contempt shown towards Griezmann from his own fans has been met with a great deal of scorn from opposition fans, noting his contributions to the club over recent years, most notably opting to stay with the club last summer with their transfer ban preventing them from signing a replacement.

Wow I feel bad for Griezmann. Stayed with Atletico because of the transfer ban, and won them the Europa League trophy.

And Atletico give him whistles in return

Griezmann is getting booed everytime he's on the ball by @Atleti fans. They didn't boo him when he decided to stay last summer because of their transfer ban did they? Man won you guys a European trophy 4 days ago!

Shame on those who booed Griezmann, you deserve the worst ! Awful people. You're now liking, now hating him pfff

Griezmann getting booed by Atleti fans days after he won them a trophy? Classy just classy

Although ​Atletico fans have acted in a hostile manner towards the France striker previously this season, it appeared to have struck a nerve this time - bringing Griezmann to tears and resulting in Diego Godin appealing to the south stand to stop their jeering.

​​Such a display of contempt for the Frenchman somewhat marred the occasion whereby a ceremony was held for Fernando Torres who was playing his last ever game for Atletico in his second term with the club.