​Liverpool are considering a shock move for Juventus goalkeeper Gianluigi Buffon, which comes at the 11th hour as the Italian prepares to retire from football.

Buffon has called a press conference for Thursday at 11:30 and most people expect him to call time on his career after 23 years and more than 900 appearances for Parma and ​Juventus, as well as 176 caps for Italy.

Gianluigi Buffon will break the silence regarding his future in today’s press conference, but there are increasing doubts as to whether he’s hanging up his gloves, as he is tempted to continue his career with Liverpool interested in his services. [@Sport_Mediaset] pic.twitter.com/l5z8MatM7C

This news comes the day after it was reported that Juve had ​agreed terms with Genoa goalkeeper Mattia Perin, who is expected to seal a move to the Bianconeri within the next few days.

Perrin is likely to act as back up to Wojciech Szczesny, who has impressed in fleeting appearances for Juventus this season and will be given the chance to step into Buffon's number one role.

This news almost certainly confirms that Buffon will be leaving Turin, but Jurgen Klopp could yet prolong the World Cup winner's stellar career at Anfield. 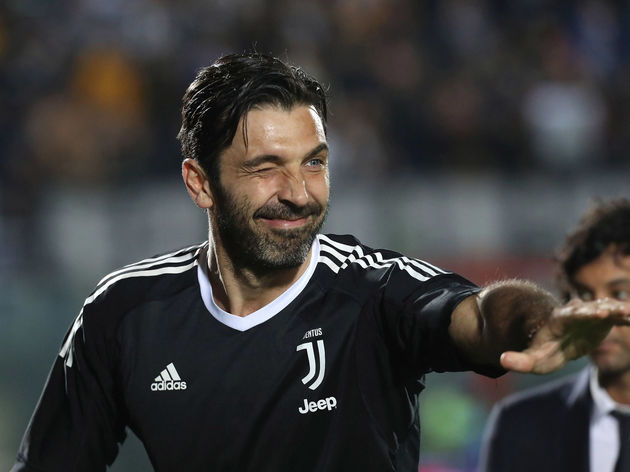 ​The Mirror report that Anfield chiefs have been pondering a move for Buffon, and may continue to pursue a transfer even if Buffon does announce his retirement on Thursday, believing that the 40-year-old might reverse his decision if the right opportunity presents itself.

Liverpool fans would definitely like to see a goalkeeper of Buffon's stature arrive at Anfield this summer, as they remain unconvinced by both Loris Karius and Simon Mignolet. Karius has improved since Klopp installed him as regular first choice but remains shaky at times.

Even at his age, Buffon is still one of the most commanding goalkeepers in world football and could still offer something to the Reds.

Buffon has signed off this season with an 11th ​Serie A title and will bring the curtain down on his 17-year Juve career when they face Verona on Saturday.