The Spanish side survived an early scare to win their first trophy since taking ​La Liga title in 2014. 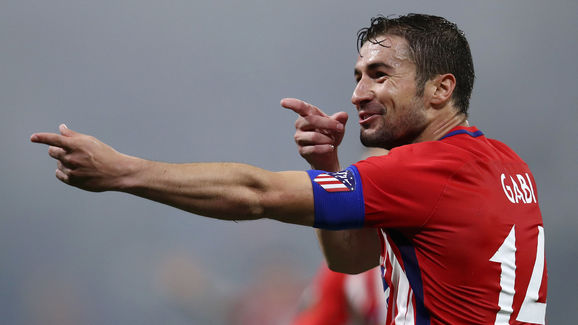 Marseille knew they would have to start quick and should have taken the lead after just three minutes when former ​West Ham star Dimitri Payet threaded a delightful through ball to striker Valere Germain who somehow blazed over from close range.

Adil Rami and Bouna Sarr then both had shots that flew just wide for the French side, as they dominated the early stages.

Marseille were playing good football, making it hard for Atletico to get into the game but in typical Atletico fashion, they found a way into the match by punishing their opponent's mistake.

VALÈRE GERMAIN WITH A HORRIBLE MISS!!! THAT WILL LIKELY COME BACK TO HAUNT THEM!!! #OM #Atléti #OMAtléti #UELFinal

Marseille keeper Steve Mandanda played a risky pass to Andre-Frank Zambo Anguissa whose terrible control allowed Griezmann to intercept and slot home from close range to give Atletico the lead against the run of play after 21 minutes.

Things turned sour for Marseille when influential playmaker Dimitri Payet (who was a doubt before the game) was forced off due to a hamstring injury, reducing him to tears.

The injury to Payet seemed to deflate Les Phoceens and Jordan Amavi was booked for a rash challenge on Vrsaljko as Atletico went into the break with a 1-0 lead. 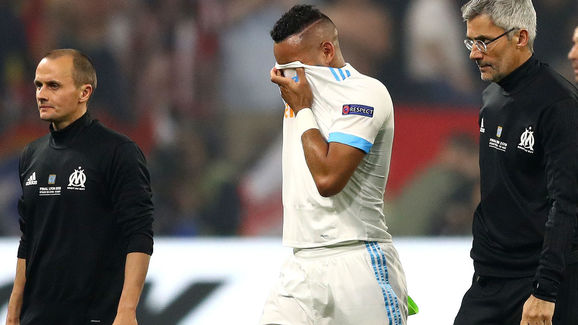 The second half could not have started any better for Atletico. Griezmann collected Koke's pass expertly and dinked the ball over Mandanda to extend the Spanish clubs' lead.

Marseille simply had no answer in dealing with Atletico's play. Godin should have made it 3-0 with a header, while

Jan Oblak who had nothing to do for 75 minutes of the game, nearly had to pick the ball out of his net when former ​Fulham flop Kostas Mitroglou headed against the post. The Slovenian keeper finally was made to work, catching an Amavi drive. Marseille's attacking pressure  was coming too little too late.

Atletico were cruising towards the trophy, playing in first gear and fittingly, skipper and legend Gabi notched a third goal for Los Colchoneros in the penultimate minute to cap off a routine victory for Atletico. It was Gabi's first European goal for Atletico since 2011.

There was still time for Fernando Torres to come on to the pitch for the final time for Atletico Madrid, but the night belonged to Griezmann and Atletico as they celebrated winning the Europa league for third time in nine years.